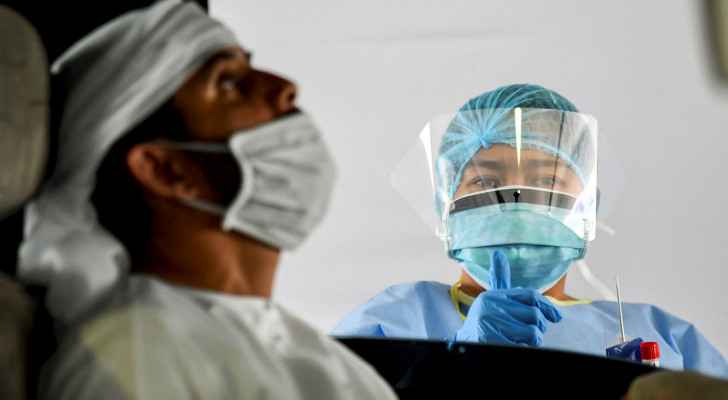 Wednesday evening, the United Arab Emirates announced the detection of the first case of the new COVID variant, Omicron, according to the Ministry of Health and Prevention (MOHAP).

The patient is an African woman who arrived in the UAE through an Arab country and has received both doses of the vaccine, according to the approved protocol.

The Ministry stated, according to what was reported by the Emirates News Agency (WAM), that the infected woman was isolated and her condition is being monitored.

She did not show any symptoms, and those who were in contact with her were isolated and all necessary health measures were taken.

The Ministry confirmed the health sector's readiness to deal with various developments by taking all proactive measures through investigation and necessary testing and procedures.

The Ministry of Health also stressed the importance of taking the vaccine as well as the booster dose, as vaccinations contribute to raising immunity and preventing severe symptoms and deaths, especially in light of mutations.

Earlier Wednesday, Saudi Arabia announced the detection of the first case and was the first Arab country to confirm a case of the Omicron variant.

Here’s everything you need to know about the new Omicron ....

Here’s everything you need to know about the new ....