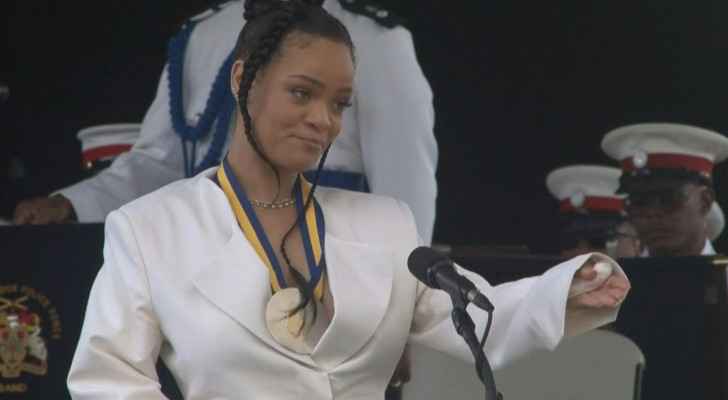 Rihanna was honored as a National Hero of Barbados as the Caribbean island nation declared itself the world's newest republic.

"I take you all with me wherever I go. I’m so proud to be a Bajan. I'm going to be a Bajan till the day I die. This is still the only place that I've ever called home. I love Barbados, I love you guys, and I pray that the youth continue to push Barbados forward. I’m so proud of you," she continued.

Rihanna is Barbados’s most famous citizen and in 2018, she was appointed an official ambassador for culture and youth.

One of the first acts of the prime minister of the new republic was to declare Rihanna a National Hero of Barbados.

"May you continue to shine like a diamond and bring honor to your nation," Prime Minister Mia Mottley told the international celebrity.

Barbados, famous for its idyllic beaches and love of cricket, won independence from Britain in 1966.

In October, it elected Mason its first president, one year after Mottley declared the country would "fully" leave behind its colonial past.