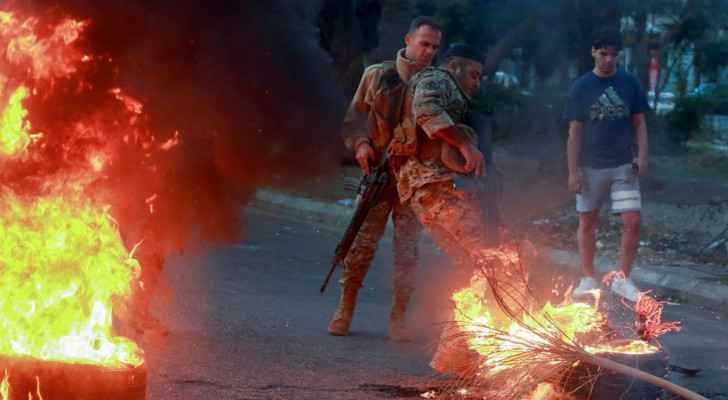 Roya's correspondent in Beirut reported that protesters blocked roads across all of Lebanon Monday, demonstrating against the deteriorating economic and living conditions in the country.

The correspondent said that the demonstrations began early Monday morning, coinciding with calls to take to the streets and block roads in protest against the deteriorating living situation and the rise in the dollar exchange rate.

According to the Anadolu Agency, protesters blocked roads and entrances to Beirut with waste containers and barricades to prevent citizens from going to work.

They also used burning tires and waste containers in order to block roads in Tripoli, amid a heavy deployment of army forces.