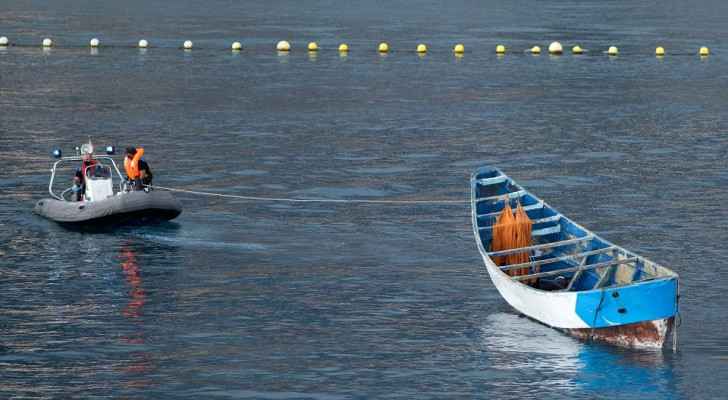 The Spanish coast guard announced that two migrants were killed and four were missing off the Canary Islands early Saturday, when a rescue boat, returning from a previous operation, encountered a migrant boat in trouble.

The Salvamento Maritimo rescue boat, in bad weather, was able to return to the island of Gran Canaria after sunrise, with 81 rescued migrants on board, in addition to one body, while another body was transported by helicopter.

"When the boat was on its way back to Arguingen, it spotted another boat, and when it came to help, the boat capsized and its passengers fell into the water," he told AFP.

He added that the rescue boat crew was able to pull 35 people, all from North Africa, but also found a body, while a helicopter found another body.

He pointed out that "according to those who were rescued, it seems that four other young men were missing at sea," noting that no trace of them had been found.

"We have woken up to the news that six people have died in the Atlantic. I hope they rest in peace," Helena Malino, head of Spanish NGO Caminando Fronteras, which informs rescue ships of boats in trouble at sea, wrote.

"The boat capsized just before the rescue operation began: two bodies were recovered and four more bodies were swallowed up by two meters high waves. There are still 109 other people at sea facing winds of up to 40 kilometers per hour. Their rescue should be a priority," she added, noting that there are 17 A woman and six children among them.

Over the past two weeks, Spanish rescue teams have found the bodies of at least 16 migrants who died while trying to reach the Canary Islands, according to coastguard figures, not including the number of missing presumed drowned.

The transatlantic migration route is fraught with danger, as by the end of October, about 900 people had died on this route, according to the International Organization for Migration, which described the year 2021 as "the most deadly on the migration route to Spain."

Tonga cut off by volcanic blast, fears grow for coastal ....