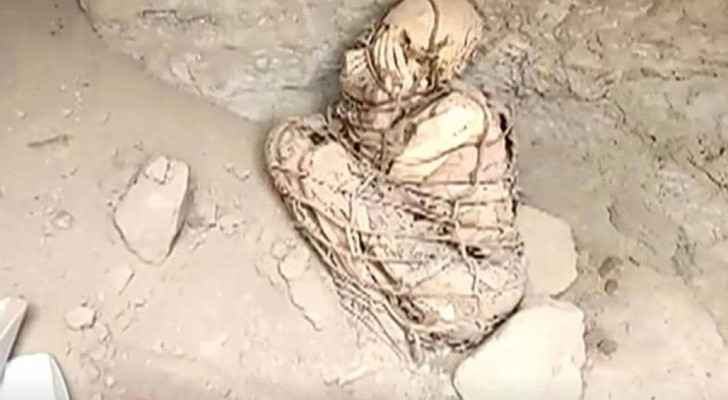 Experts have found a mummy, estimated to be at least 800 years old, on the central coast of Peru.

Archaeologist Peter van Dalen Luna said the mummy was discovered in the Lima region, and its gender has not yet been determined, reported Sky News.

He added that the mummy was found inside an underground cemetery on the outskirts of Lima, noting that the cemetery also contained offerings that included pieces of porcelain, the remains of plants and stone tools, according to Reuters.

Peru contains hundreds of archaeological sites from the civilizations that lived before and after the Inca Empire, which dominated the southern part of South America 500 years ago from southern Ecuador and Colombia to central Chile.