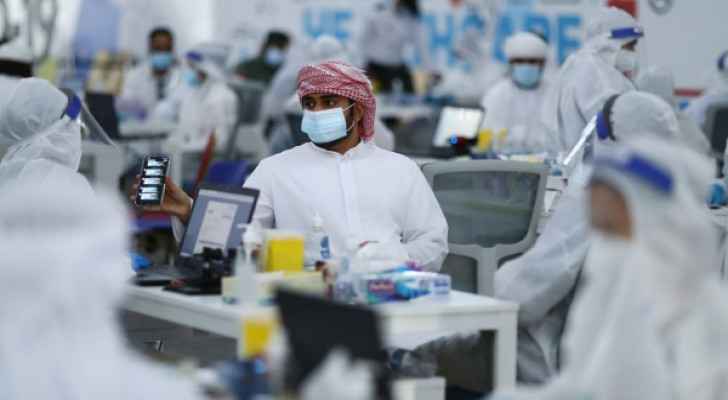 Friday, the United Arab Emirates announced that 100 percent of its residents have received the first dose of the vaccine, according to figures issued by the Ministry of Health.

The announcement follows the emergence of a new COVID-19 variant that was first detected in South Africa. The World Health Organization classified it as a "Variant of Concern" and named it "Omicron."

The Arab Emirates is one of the countries that carried out an intensive and rapid vaccination campaign for its entire population, which is around 10 million people.

The UAE launched a national campaign to vaccinate against the virus in December 2020, after licensing the Chinese vaccine, Sinopharm, and the US-German Pfizer/Biontech.

Since then, the UAE has licensed more vaccines, the British-Swedish AstraZeneca, and then the Russian "Sputnik V" vaccine.

The Crown Prince of Abu Dhabi, Sheikh Mohammed bin Zayed Al Nahyan, confirmed last October that his country had “exited” from the pandemic crisis, explaining in statements that life had begun to return “to normal” in his country.

And the German company Biontech announced that it is studying the degree of protection offered by its vaccine against the new variant.

With the emergence of the new mutant in South Africa, the borders began to close, as several European countries decided on Friday to suspend flights from this country, while other countries, including Japan, imposed a quarantine.

Friday, the Emirates announced “the suspension of entry for travelers from South Africa, Namibia, Lesotho, Eswatini, Zimbabwe, Botswana and Mozambique on all flights of national and foreign carriers, as well as transit passengers coming from them, as of Monday, Nov. 29.”