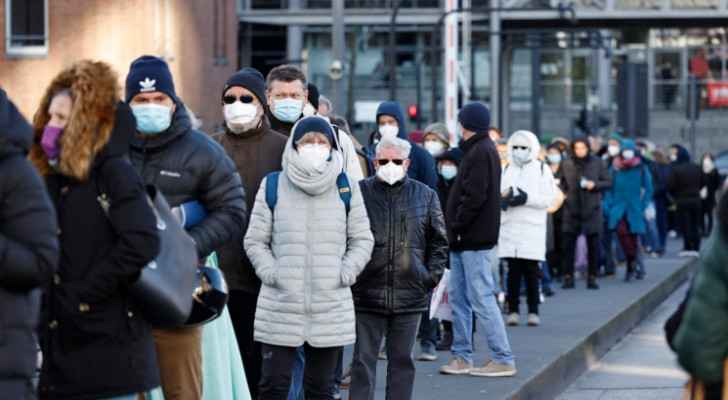 Germany weathered earlier bouts of the pandemic better than many other European countries, but has seen a recent resurgence, with intensive care beds rapidly filling up.

Europe's largest economy recorded 351 Covid fatalities in the past 24 hours, bringing the official death toll since the start of the pandemic to 100,119, in what Bild daily called a "grim milestone".

The escalating health crisis poses an immediate challenge to the new centre-left-led coalition government of Social Democrats, Greens and liberal Free Democrats set to take over from Merkel's cabinet next month.

The country has been stuck in political limbo since the September 26 general election, with the popular former scientist Merkel governing in a caretaker capacity.

The spike in Germany comes as Europe has re-emerged as the pandemic's epicentre, with the continent battling sluggish vaccine uptake in some nations, the highly contagious Delta variant, colder weather sending people