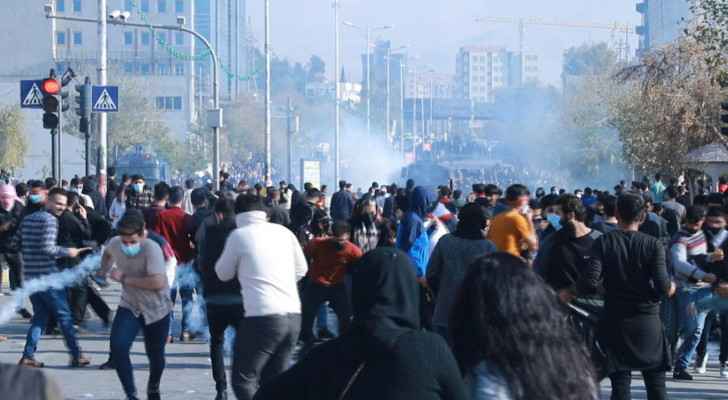 It was the third straight day of demonstrations outside their university in the northern city of Sulaimaniyah to demand the restoration of between $40 and $66 in monthly payments.

The showdown comes on top of the crisis over thousands of migrants, many of them Iraqi Kurds, who have been camped on the Belarus border with Poland desperate to escape to the European Union from poverty and instability back home.

The students' financial assistance has been suspended since 2014 when global oil prices slumped and amid budget disputes between the federal government in Baghdad and the oil-rich, autonomous Kurdish region.

Police, after firing several volleys of tear gas followed by shots in the air, chased demonstrators as they dispersed and set ablaze rubbish dumpsters in the city, the correspondent said.

"We're protesting because our grants have been cut for the past six years, we desperately need even that small sum," said one student, asking not to be named.

"There are students who can't afford to pay to travel home to the provinces, others who haven't got enough for three meals a day."