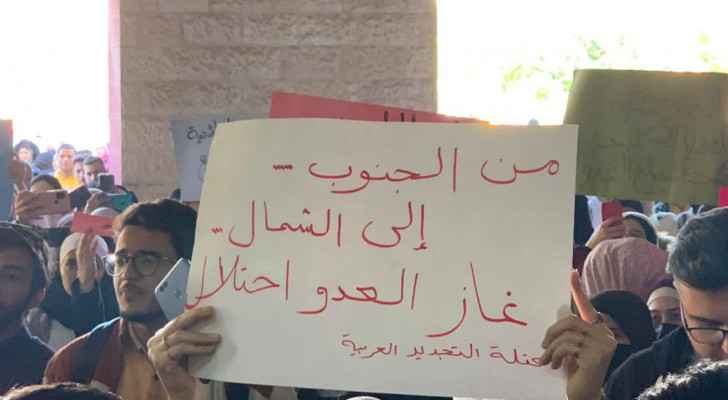 A number of university students across Jordan carried out demonstrations in refusal to announce the Declaration of Intent (DOI) signed between Jordan, the UAE and the Israeli Occupation.

The demonstrations took place in the University of Jordan, the Hashemite University, the Faculty of Engineering Technology at Al-Balqa' Applied University, Al al-Bayt University and Al-Zaytoonah University.

Earlier, the Ministry of Water and Irrigation published on its website and on social media platforms a PDF of the document that was signed Monday, Nov. 22, in Dubai, between the governments of the United Arab Emirates, the Hashemite Kingdom of Jordan and Tel Aviv, in the presence of the US Special Presidential Envoy for Climate John Kerry, Minister of Industry and Advanced Technology, and the UAE’s special envoy for climate change, Sultan bin Ahmed Al Jaber. 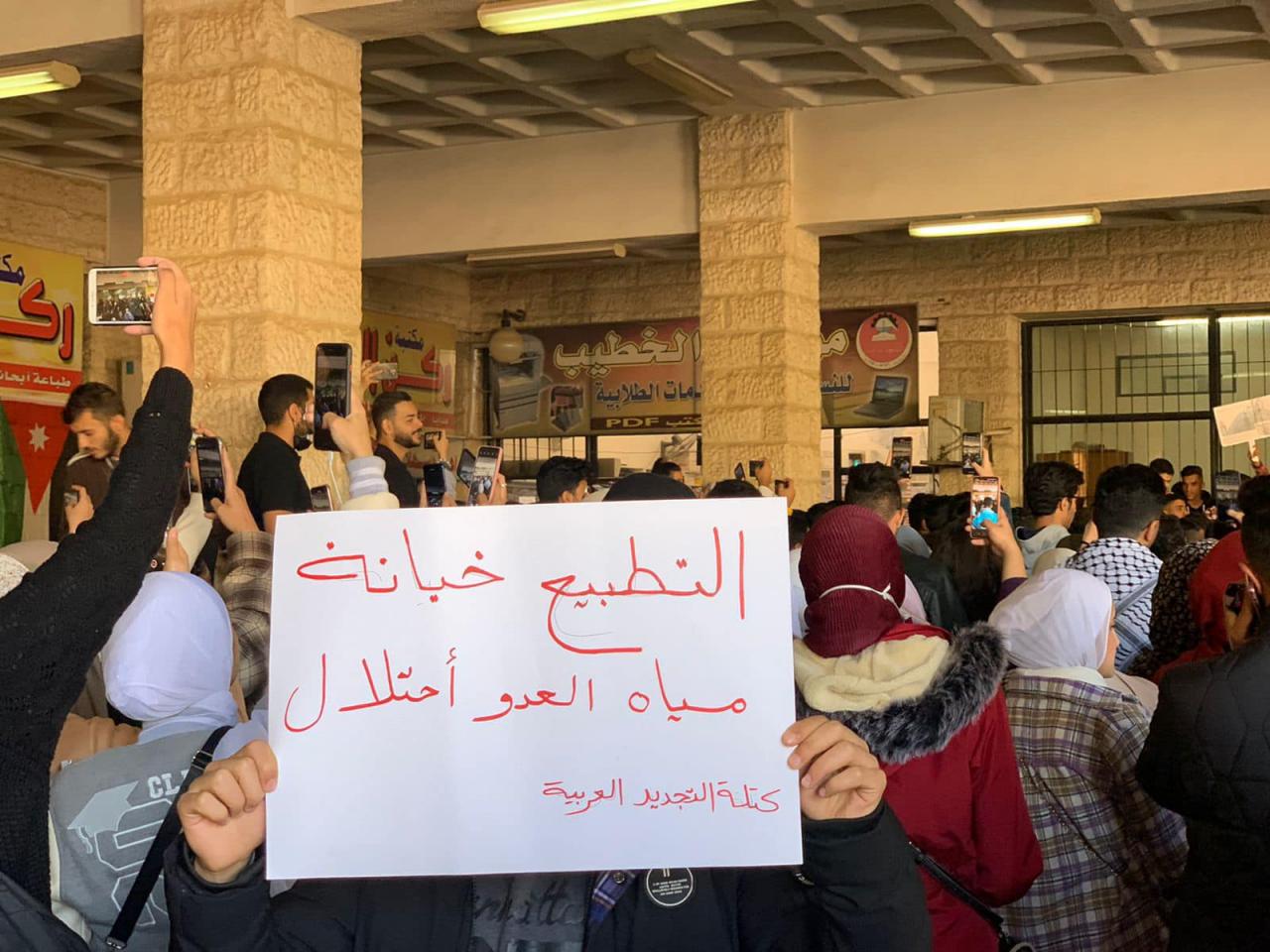 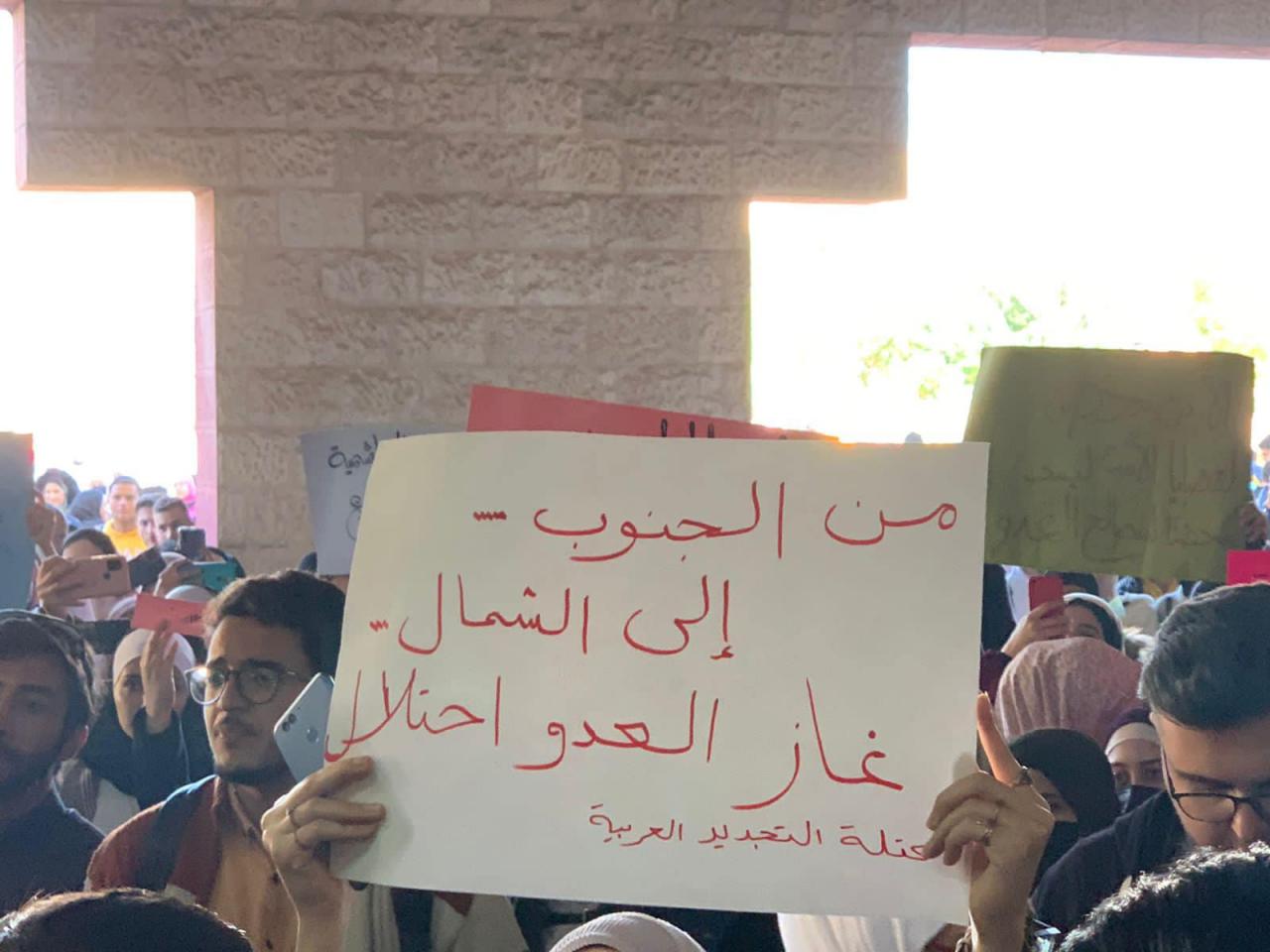 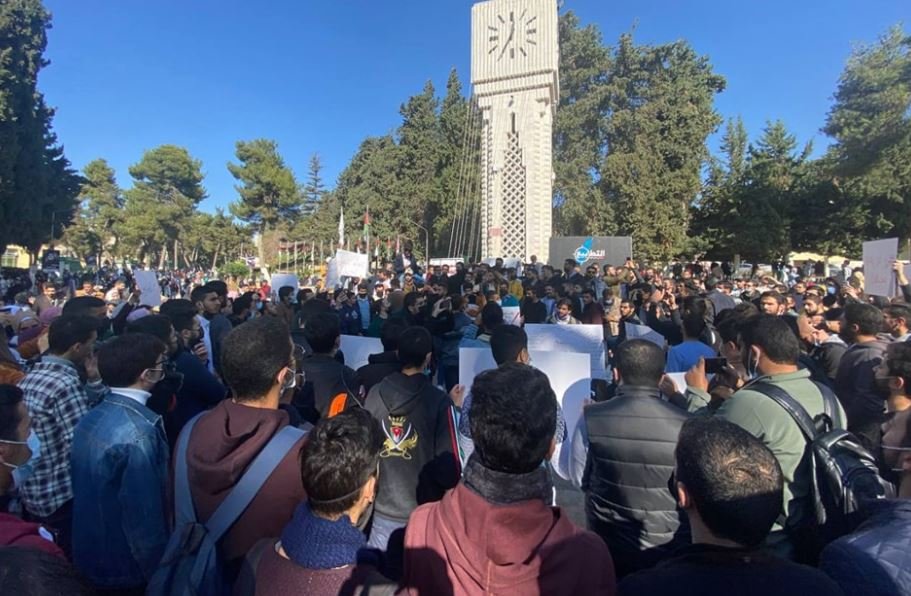 JUST students protest against Declaration of ....

JUST students protest against Declaration of ....