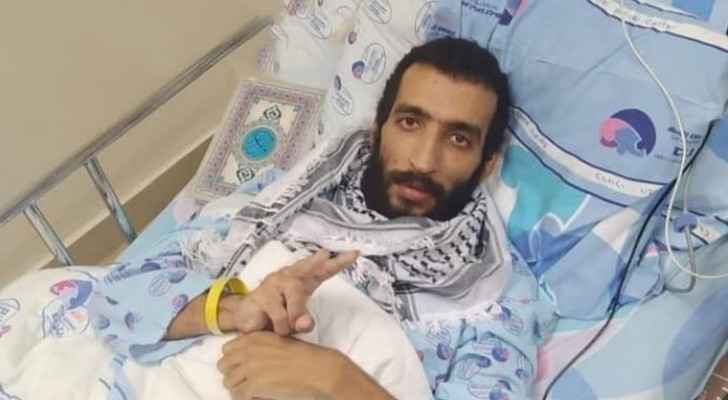 Monday, the family of the prisoner Kayed Fasfous confirmed that he ended his open hunger strike after his administrative detention was suspended and will be released in 20 days.

A week ago, the Commission of Detainees’ Affairs reported that the Supreme Court of Israeli Occupation had rejected the petition submitted for the release of the prisoner, who was in a critical health condition.

The commission warned of the seriousness of his health, who had been on hunger strike for 131 days and in the hospital, noting that "the prisoner is approaching sudden death every minute."

Additionally, the prisoner Ayyad Al-Harimi also announced the suspension of his hunger strike after pleading for an agreement with the occupation prisons authority to be released next March.