Over 1.8 million tourists visit Jordan as of October 2021

Over 1.8 million tourists visit Jordan as of October 2021 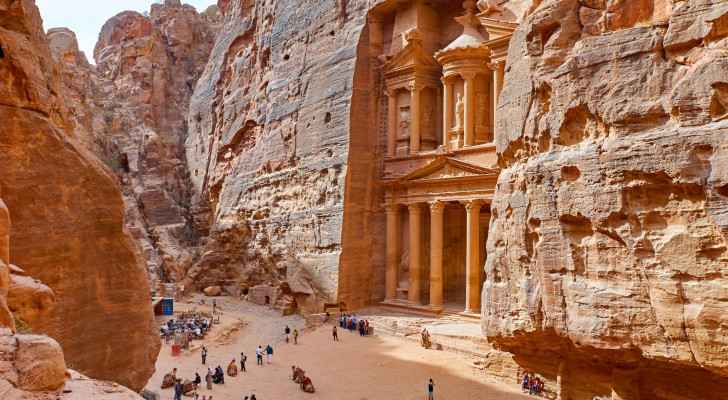 The total number of tourists coming to Jordan from the beginning of this year until the end of October rose to 1,807,225, which is an increase of 59.7 percent in comparison to the same period last year, when the number of tourists only reached 1,131,682.

The number of visitors to tourist and archaeological sites increased compared to the same period in 2020, as it reached 122,071 visitors in Ajloun, with an increase of 141.2 percent.

Around 80,708 visitors went to Jerash, an increase of five percent.

According to the Ministry of Tourism and Antiquities, the number of visitors to Petra from January to the beginning of November reached 145,087.

Notably, Jordan’s tourism income increased during the past 10 months by 61.2 percent, to reach USD 2.1 billion, compared to a decrease of 73 percent during the corresponding period of 2020, according to the latest data issued by the Central Bank.

Expo 2020 is an opportunity to highlight the Jordanian ....