Vehicle strikes Christmas parade in US, killing five and wounding 40

Vehicle strikes Christmas parade in US, killing five and wounding 40 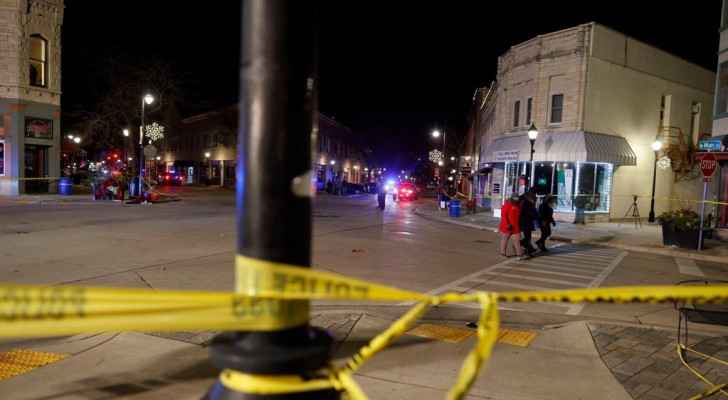 Five people were killed and 40 others wounded after a vehicle plowed into a Christmas parade in the US state of Wisconsin on Sunday, police said.

Officials said a red SUV broke through barricades at the Christmas parade in Waukesha, a suburb of Milwaukee just after 4:30 pm (2230 GMT), as spectators watched the annual tradition.

"We can confirm that 5 people are deceased and 40 are injured. However, these numbers may change as we collect additional information," the Waukesha Police Department said in a statement on their official Facebook page.

Police added they have a "person of interest in custody."

Police chief Dan Thompson had earlier told reporters that "some of the individuals were children" and that officers had recovered the involved vehicle. There were no other threats, officials at the press conference said.

A total of 11 adults and 12 children were taken to six area hospitals, Fire Chief Steven Howard told reporters.
During the incident an officer fired at the SUV in an attempt to stop it, the authorities added.

Schools will not open Monday and roads will remain closed, Thompson said, while the investigation is continuing.

President Joe Biden has received a briefing on the situation and the White House is "closely monitoring the situation in Waukesha and our hearts go out to everyone who has been impacted by this terrible incident," said an official.

"We have reached out to state and local officials to offer any support and assistance as needed," added the official.

While local law enforcement were the primary responding entities, the FBI said it was providing assistance.

Angelito Tenorio, who is running for Wisconsin state treasurer, was at the parade and told the Milwaukee Journal Sentinel that he "saw an SUV cross over, just put the pedal to the metal and just zooming full speed along the parade route."

"And then we heard a loud bang, and just deafening cries and screams from people who are struck by the vehicle," he said.

According to bystanders and footage, the SUV sped into the parade behind a school marching band.

"All I heard was screaming and then people yelling out their children's names. That's all I heard", another witness, Angela O'Boyle, whose apartment overlooked the parade, told CNN.

Wisconsin Governor Tony Evers said he and his wife were "praying for Waukesha tonight and all the kids, families, and community members affected by this senseless act."

Various lawmakers expressed their condolences, including the state's two senators, with Democrat Tammy Baldwin writing on Twitter that she found the "horrific violence... just heartbreaking."

Her Republican counterpart Ron Johnson offered his "prayers for everyone injured" and "gratitude for all law enforcement, medical personnel, and community members who are responding."

Wisconsin Governor Tony Evers said he and his wife were "praying for Waukesha tonight and all the kids, families, and community members affected by this senseless act."

The incident comes after a tumultuous week in the state of Wisconsin following the conclusion of the trial of Kyle Rittenhouse, an American teen acquitted after fatally shooting two men during protests and riots against police brutality last year in Kenosha, located just 50 miles (80 kilometers) from Waukesha.

Blinken: Africans do not have to 'choose' between China, ....

Blinken: Africans do not have to ....