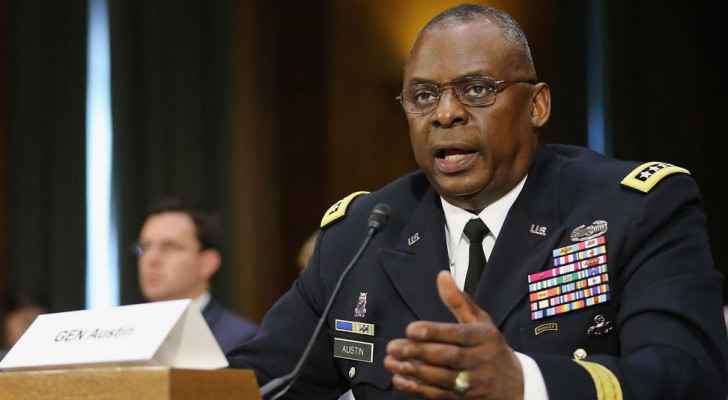 US Defense Secretary Lloyd Austin warned Saturday in Manama that the United States is capable of deploying "overwhelming force" in the Middle East, stressing that Washington will "consider all necessary options" if diplomacy fails to stop Iran's nuclear program.

Austin's statements came in response to questions during the "Manama Dialogue" conference in Bahrain about Washington's readiness to resort to a military option in the region if necessary.

At the same time, Austin denied information that the United States had become reluctant to use force.

Asked why Washington did not respond to last month's drone and artillery attack on a base used by the US-led coalition fighting Daesh in Syria, Austin said, "The United States reserves the right to defend itself."

"We will defend ourselves and our interests, whatever they may be, at the time and place of our choosing," the US minister stressed.

"No country or anyone should do this wrong. We are committed to defending ourselves and our interests, and that includes our partners as well. We are also committed not to allow Iran to acquire a nuclear weapon," he warned.

Iran and the major powers are scheduled to hold talks on November 29 with the aim of reviving an agreement under which restrictions were imposed on Tehran's nuclear program in return for sanctions relief. Iran has long denied seeking nuclear weapons.

Austin explained that Washington's main goal is to strengthen its "unparalleled" alliances in the Middle East. But he pointed out that military intervention remains an option, with tens of thousands of its soldiers deployed in the region.

After leaving Afghanistan, where it remained for 20 years, in August, the United States is preparing to withdraw its forces from Iraq by the end of the year.

This month, the Iraqi prime minister narrowly escaped an assassination attempt after two days of clashes between security forces and supporters of Iran-backed parties that lost support in recent elections.

Iran said on Saturday that it had seized a foreign ship in the Gulf smuggling fuel and announced the arrest of its crew.

Since February, Iran and the Israeli Occupation have been engaged in a "hidden war" as ships of both sides were attacked in the waters around the Gulf, while the United States and Israel accused Tehran of using drones and missiles to destabilize the region.

In brief remarks to the conference, former Saudi intelligence chief Prince Turki al-Faisal called for "practical moves" in the region, including the "full implementation" of an arms embargo against the Iran-backed Houthi rebels fighting a Saudi-led coalition in Yemen.

"The United States' commitment to security in the Middle East is strong and assured," Austin said.

He added, "Our ultimate task is to support the diplomatic option, prevent conflict, and defend the United States and our vital interests," explaining, "If we are forced to respond to aggression, we will win, and we will win decisively."

Austin's visit comes days before Iran returns to talks with world powers aimed at reviving the nuclear deal suspended since 2018 when the United States, led by former President Donald Trump, withdrew from it.

The US envoy to Tehran, Robert Malley, said during the conference on Friday that time was running out to return to the agreement if Iran continued to make "progress" on its nuclear program.

"We remain committed to a diplomatic outcome on the nuclear issue," Austin said.

"But if Iran is not willing to engage in earnest, we will consider all options necessary to maintain the security of the United States."

Iran's neighbors in the Gulf are concerned that concessions could be made to the Islamic Republic as part of the nuclear talks.