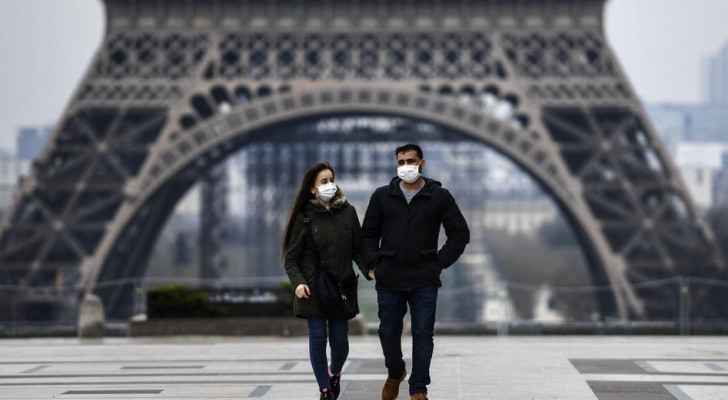 Austria announced Friday that it will impose a country-wide closure from Monday for a period of 20 days. Additionally, the country will become the first nation in the world to require the vaccine for all residents as of Feb. 1.

Since Monday, two million unvaccinated Austrians have not been allowed to leave their homes except to buy necessities, exercise or receive medical care.

The demand for vaccinations has increased in recent days, and 66 percent of the population is now fully vaccinated, which is slightly lower than the rate in the European Union of more than 67 percent.

-The European Medicines Agency approves the emergency use of Merck's pill-

The European Medicines Agency announced Friday that it has approved the emergency use in the European Union of pills developed by the "Merck" group to combat Covid.

"This drug, which is not currently authorized in the European Union, can be used to treat adults with Covid-19 who do not need oxygen and who are considered to be at higher risk of severe infection" of the disease, the agency said in a statement.

- US authorizes third dose for all adults -

The US health authorities announced Friday that they had given their approval to administer a third dose of the vaccine against Covid-19 to all fully vaccinated adults at least six months ago.

The US Food and Drug Administration announced that this emergency use authorization granted to Pfizer and Moderna contributes to "securing continuous protection against Covid-19, including serious symptoms that may occur, such as hospitalization or death."

On Friday, Canada authorized the Pfizer vaccine against Covid-19 to be given to children between the ages of 5 and 11 years.

The German state of Bavaria has canceled all its famous Christmas markets this year due to the high number of Covid infections, as part of broader restrictions to contain the epidemic.

"The situation is very, very dangerous and difficult," Bavaria President Markus Soder said, while also announcing the closure of nightclubs, bars and night services in restaurants to control a fourth pandemic wave.

- France: about one percent of classes are closed -

In France, the number of closed classes due to the epidemic rose dramatically this week, the highest level since the start of the school year in September, to 4,048, or 0.8 percent of the country's school classes.

It is three times higher than it was on October 22, according to the Ministry of National Education, but much lower than it was in April, the period before schools closed for several weeks and when the number of closed classes reached 11,272.

- Guadeloupe closed roads on the fourth day of protests -

For the fourth day, protests were carried out against the health certificate and the mandatory vaccination of medical staff in Guadeloupe. The roads were still closed. Several incidents were recorded and the French government decided to send 200 police and gendarmes as reinforcements.

The Ministers of Overseas Regions Sebastien Locorno and the Minister of the Interior, Gerald Darmannan, announced in a joint statement that they would be deployed "in the coming days" and "strongly condemned the acts of violence."

The European Commissioner for the Internal Market, Thierry Breton, on Friday warned Bulgaria, the country with the lowest vaccination rate in the European Union, that its situation "poses a great danger" to the continent as a whole.

The vaccination rate in Bulgaria is 24.2 percent of its population of 6.9 million, while the European average is 68 percent, according to an AFP census based on official sources.

During a visit to Sofia, Breton said that Bulgaria "is not an island, it is part of Europe" and with such a low vaccination rate it "may become the epicenter of the epidemic."

Japanese Prime Minister Fumio Kishida announced a new package to stimulate the third largest economy in the world, at a record cost of 430 million euros, on Friday, as he seeks to boost the country's recovery from the epidemic.

It is the first recovery plan since the end of 2020 and the third since the outbreak of the epidemic.

The most prominent measure is the provision of cash payments of 100,000 yen (770 euros) to young people under the age of 18 and people in difficult situations.

The Philippines will soon welcome foreign tourists again, as announced Friday by the government, which is preparing to reopen part of the country's borders to vaccinated travelers.

This will provide an outlet for the tourism sector in the Philippines, which has been affected by the closure of the borders for twenty months and the imposition of restrictions on movement within the country.

One third of the population of 110 million is fully vaccinated.

The coronavirus has caused the death of at least 5,130,627 people in the world since the World Health Organization office in China reported the emergence of the disease at the end of December 2019, according to a census conducted by Agence France-Presse based on official sources Friday at 11:00 GMT.