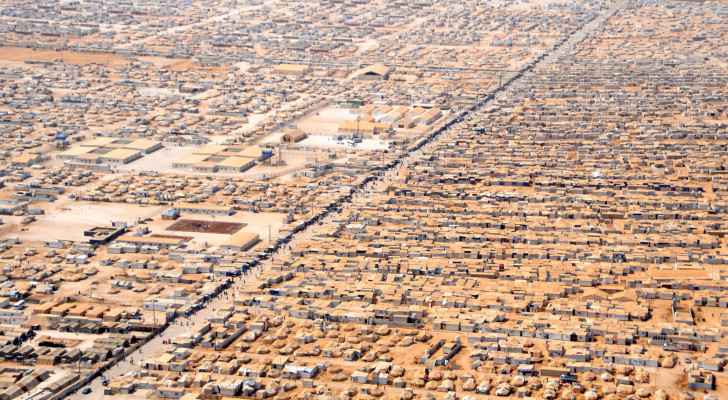 Friday, the US Ambassador to the UN Linda Thomas-Greenfield visited the Za’atari Refugee Camp.

During the visit, the Ambassador met with Syrian refugees living in the camp and visited community centers and services run by UNHCR and other UN Agencies.

Additionally, during her visit, she thanked Jordan for its enormous generosity in hosting such a large Syrian refugee population.

Thomas-Greenfield said “We appreciate the Jordanians' enormous generosity in hosting such a large Syrian refugee population, as well as refugees from other regional conflicts.”

“The commitment Jordan has shown here, providing safe shelter for their neighbors for many years, is an example to the world.”

She also spoke about the return of Syrian refugees to their home country.

“While we know the ultimate goal is for refugees to return home, what I heard today is that people remain fearful about the conditions in Syria and are not ready to return.”

“It is indisputable that the current environment is not conducive to return. My takeaway from this visit is that the international community must be vigilant in ensuring that any refugee returns are safe, voluntary, and dignified.”

Thomas-Greenfield continued “After ten years of war, we know that hosting hundreds of thousands of refugees is no easy task. That is why the United States remains the largest donor to the Syrian refugee response, and I will use my platform at the United Nations to encourage others to contribute to this cause.”

She lastly stressed that the United States will continue to stand with Jordan and other host countries to ensure the protection of vulnerable refugees.

Notably, Za’atari refugee camp is the largest refugee camp in the Middle East and North Africa and is currently home to approximately 80,000 refugees.

A decade after the Syrian conflict began, Jordan hosts the second largest number of refugees per capita in the world.