Baldwin firing gun not in script for scene which led to fatal shooting: new lawsuit

Mamie Mitchell (left) and her lawyer 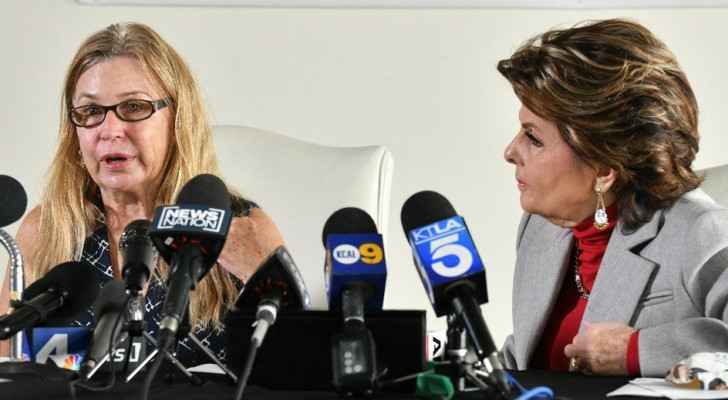 Mamie Mitchell, the script supervisor, filed a lawsuit against Alec Baldwin accusing him of firing a gun without it being required which led to the death of Halyna Hutchins, according to BBC.

Mitchell’s lawyer alleged that the actor "chose to play Russian roulette when he fired a gun without checking it and without having the armorer do so in his presence.”

Baldwin and the film producers have not commented on Mitchell’s accusation yet.

The incident is still under investigation and no criminal charges have been brought against anyone.

Mitchell filed the lawsuit on the premise that the script never required Baldwin to actually shoot the gun.

Three shots were to be included, one of his eyes, another of a bloodstain on his shoulder, and a third of his torso, "as he reached his hand down to the holster and removed the gun,” according to Mitchell’s lawsuit.

The lawsuit declares, "there was nothing in the script about the gun being discharged by defendant Baldwin or by any other person.”

Mitchell’s attorney, Gloria Allred, said in a news conference that the behaviour of Baldwin and the film's producers was "reckless” and that they “failed to adhere to safety protocols.”

Ms. Allerd described the incident as “a case where injury or death was much more than just a possibility — it was a likely result.”

Court records stated that Baldwin was handed the gun by the movie’s assistant director who did not know it was loaded with live ammunition and had shouted “cold gun.”

Mitchell shared her experience with reporters, saying, “I relive the shooting and the sound of the explosion from the gun over and over again.”

“Her lawsuit is claiming assault, intentional infliction of emotional distress, and deliberate infliction of harm, and is requesting unspecified damages,” according to BBC.