Unemployment remains cause for concern for Jordanians: Ipsos

Unemployment remains cause for concern for Jordanians: Ipsos 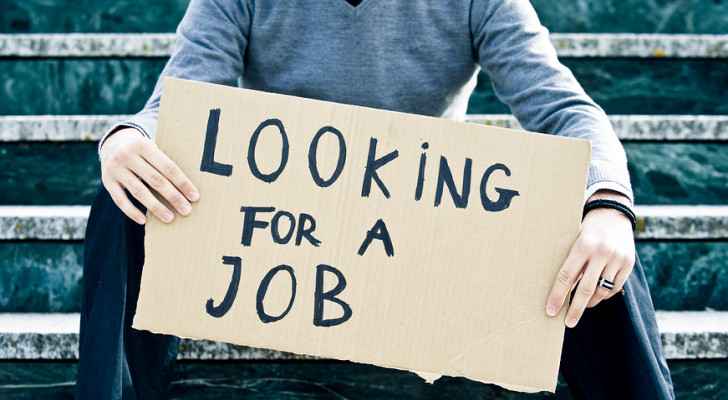 Economic activity started to revive as Jordanians gone through a “safe summer,” however, unemployment and inflation still loomed over the horizon.

Despite the modest increase of 1.3 points compared to Q2, the Consumer Sentiment Index continues to hover around its lowest values. This increase was witnessed across all sub-indices which came as a result of a transition from negative sentiments towards more neutral sentiments indicating uncertainty.

Nonetheless, Jordanians' hopes for a better recovery were clearly reflected in the “future economic expectations index,” which exhibited the highest increase of 2.1 points.

While most countries that were surveyed globally witnessed significant improvements this quarter, idleness dominated several indicators amongst Jordanians. For example, indicators such as the future state of Jordan’s economy, future personal financial situation, and the ability to make long term investments and purchases, have not witnessed a notable increase in positivity but were rather faced with an increase in sentiments amongst Jordanians who believe there will not be any positive change coming soon.

Additionally, confidence in job security remained stagnant compared to the previous quarter. A sentiment that reflected the official unemployment figure, which was reported to have decreased by only 0.2 percent in the second quarter of 2021 compared to the first quarter of the same year. While the expectation of losing jobs decreased amongst the residents of Amman and Irbid, residents of other cities remain anxious about losing their jobs in the coming six months.

Despite the fact that the government was able to successfully execute the proposed safe summer plan, it seems that confidence in the government’s ability to improve the economic outlook remains captured by reserved sentiments. While six in 10 Jordanians believe that the government is well prepared to deal with the pandemic, confidence in applying effective measures to alleviate the consequential financial damage in terms of personal finances continues to be at its lowest levels.

The recent spike in COVID-19 cases is a source of serious concern, as Jordanians fear restrictive measures may return and limit economic recovery. Almost three in four Jordanians believe adaptation is the best way to survive the crisis as they anxiously look for the government to extend more lifelines to the struggling economy.

“While Jordan continues its path to economic recovery through its vaccination program, the spread of the Delta variant is posing significant challenges. Recent outbreaks are signaling a new winter wave and have already caused disruptions in global supply chains, fueling inflation worldwide and in Jordan.” Commented Abdelkader Farhat; Head of Market Strategy in Ipsos Jordan and Iraq.

“This is adding more pressure on Jordanians as Consumer Sentiment stagnates and worries towards unemployment and inflation continue to top their concerns. As such, it is imperative to maximize the momentum of vaccinations, not only to avoid future lockdowns but to stimulate the recovery of important economic sectors such as tourism.”

Ipsos’ JCSI quarterly result is driven by the aggregation of four weighted sub-indices relating to current personal financial conditions, economic expectations, investment climate, and employment confidence, all of which contribute to JCSI being a key predictor of general consumption and investment trends in the Jordanian market.

Six out of 10 Jordanians believe there will not be another ....