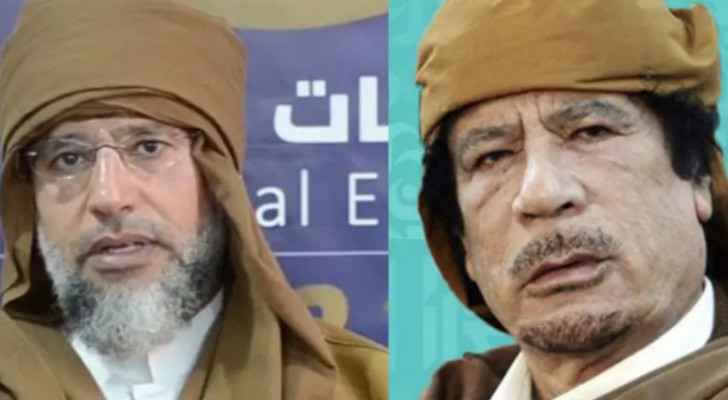 Two days ago, Saif al-Islam Kadhafi surprised many Libyans, and others around the world, by making a public appearance to announce his candidacy for the country's presidential elections.

The 49-year-old son of the former President Moamer Kadhafi, appeared in "traditional" clothing, reminding millions of the last speech given by his father over 10 years ago, which many found him indirectly threatening people with a Quranic verse.

However, analysts confirmed that Kadhafi’s son, who has not been seen in public for about 10 years, deliberately exploited the nostalgia some are feeling towards the 2011 uprising, according to Reuters.

Additionally, Saif al-Islam himself had announced that he deliberately intends to shroud himself in an aura of mystery, he said that he wants “people to know that I actually appeared, so they say, "This is the man, but he is unclear like an imagination or spirit.” I want them to say he's “not sick, he's strong, but he's mysterious," he continued.

He added, "I have been away from the Libyan people for 10 years, so I must return slowly and with suspense."

He said, "You need to play with their minds a little."

Notably, an armed group had arrested Saif al-Islam at the end of 2011, then he was transferred to the city of Zintan in the west of the country, where he was brought to trial before the Libyan judiciary.

Then, in 2015, a death sentence was issued against him for his involvement in war crimes to suppress the uprising that toppled his father's regime.

But this ruling was not implemented.

In 2017, the armed group with which he was detained announced his release in accordance with the controversial "general amnesty" law issued by Parliament at the time.

However, his release was not subject to judicial procedures specified by the General Amnesty Law, as neither the Ministry of Justice nor the Supreme Court issued any official decisions to lift the sentences issued against him, and the international “arrest” warrant issued against him is still “in force” so far.