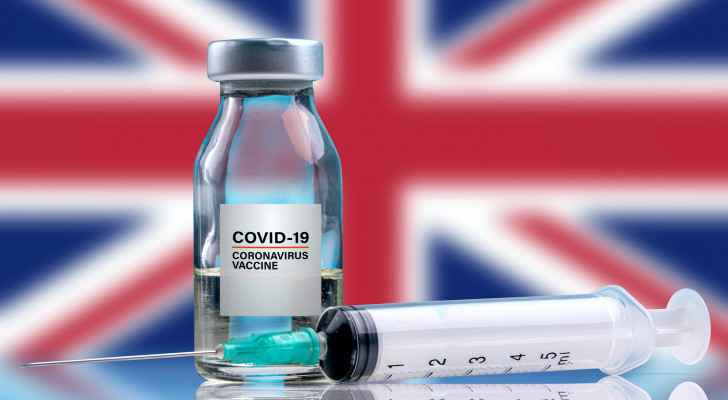 Scientists in the UK gave the green light to an expansion of the country's inoculation programme to offer a third shot to all healthy adults aged 40-49, six months after their second jab.

Johnson said "storm clouds" were gathering across the Channel and "a new wave of Covid" had spread from eastern and central Europe to Britain's nearest neighbours.

"We don't yet know the extent to which this new wave will wash up on our shores. But history shows that we can't afford to be complacent," he told a Downing Street news conference.

"Indeed, in recent days, there have been rising cases here in the UK, so we must remain vigilant."

Johnson's government has been roundly criticised for its response to the coronavirus pandemic, which has left some 143,000 people dead since early last year.

Case rates are stable after climbing to levels of more than 50,000 a day in recent weeks.

But they remain stubbornly high, prompting warnings that hospitals dealing with seasonal respiratory infections will struggle to cope with additional Covid patients.

"But nevertheless, everybody would accept that large parts of it... are under significant pressure, and I'm afraid they are likely to remain so over the winter period," he added.

"It is important that we continue to take Covid extremely seriously."

The British leader said he did not rule anything out but that domestic data on the pandemic's prevalence showed no indication of the current need for a repeat this year.

But he said uptake of the third jab, which has already been given to some 12.6 million mostly older people, was a key part of keeping society open.

"This shows us once again that if you want to control the epidemic here in the UK, and if we want to avoid new restrictions on our daily lives, we must all get vaccinated as soon as we are eligible."

The booster programme was previously limited to those aged 50 and over, and the clinically vulnerable.

The Joint Committee on Vaccination and Immunisation (JCVI), an advisory body, also approved the use of a second dose of the Pfizer-BioNTech jab to 16 and 17-year-olds.

That age group had previously been offered only one dose in Britain, pending more data on the jab's safety in under-18s.

The expanded age groups covered by the new advice will "help extend our protection into 2022," professor Wei Shen Lim of the JCVI said in a statement.

Britain launched the Western world's first mass vaccination campaign against Covid-19 in December 2020, about a year after the disease emerged in China.

The government sees vaccination as a way out of the pandemic, as it helps cut hospital admissions with severe cases of Covid.