68 prisoners killed in rioting at Guayaquil prison in Ecuador

68 prisoners killed in rioting at Guayaquil prison in Ecuador 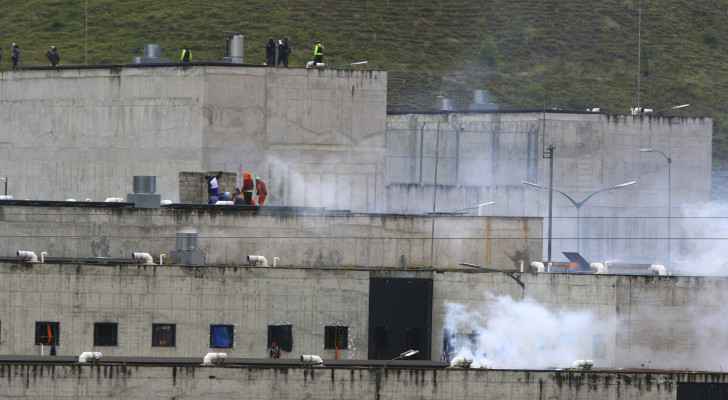 Violent clashes left 68 prisoners dead in Guayaquil, according to the Ecuadorean authorities, in the latest such incident at the facility, which witnessed riots in September that killed 119 prisoners.

"According to preliminary information, about 68 prisoners were killed and 25 others were injured," the Attorney General's office said.

The police had earlier reported that 58 prisoners had been killed in these clashes.

Pablo Arosimena, governor of Guayas state, of which Guayaquil is the capital, said the police intervention to restore order "saved lives."

This year, about 300 prisoners have been killed in detention centers in Ecuador, where violent clashes between prisoners linked to drug gangs often turn into riots.

The September disaster is one of the worst prison disasters in Latin American history, and the recent violence in Guayaquil is further evidence of the dire conditions in Ecuador's prisons.

The total number of prisoners has increased by 30 percent over the past six years, while the budget has been reduced from $150 million to $99 million during the same period.

To reduce this overcrowding in prisons, the government recently announced its intention to build larger prison infrastructure, pardon about 2,000 over the age of 65 who suffer from illnesses or disabilities, and return convicted foreigners to complete their sentences in their countries of origin.

About ten percent of the country's prison population are foreigners, mostly Colombians or Venezuelans.