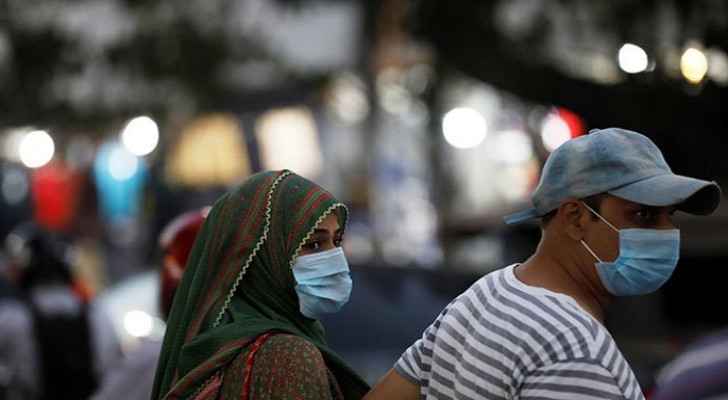 The first foreign tourists arrived in Vietnam on Saturday, 20 months after the borders were closed in light of the pandemic, according to official media.

Vietnam is seeking to revive its economy, which has been badly damaged by the months of closure, and on November 20 it will reopen the tourist island of Po Quoc to foreign visitors. To enter the country, a certificate of vaccination and a negative examination for Covid is required.

- Calls in Germany for a 'national effort' to contain Covid -

On Saturday, Angela Merkel considered it necessary to make a "national effort" to contain the fourth pandemic wave that is spreading in Germany, calling especially those who are hesitant to receive the vaccine.

"I am deeply concerned about the situation. We are facing difficult weeks. We need a national effort to contain the severe autumn-winter wave of the epidemic," the chancellor said in her weekly intervention.

- Beijing Olympics: attendance does not exceed 20 percent in a major institution -

Chinese state media reported Saturday that one of the main facilities for the 2022 Beijing Winter Olympics will be limited to 20 percent of its capacity due to fears of the spread of the coronavirus.

The Beijing National Swimming Center will accommodate "no more than a thousand people."

- Suspension of mandatory vaccination of US employees -

A US federal court on Friday confirmed the suspension of President Joe Biden's administration's decision to require vaccination for employees of large companies.

The decision allows the employer to take measures it deems appropriate, amounting to disciplinary measures, against its employees who refuse to be vaccinated or regularly perform Covid examinations. The decision sparked strong opposition from the Republican opposition.

The pandemic will not affect aircraft orders in the futureAirbus confirmed that Covid-19 will not have a long-term impact on orders, which are estimated at 39,000 aircraft over the next twenty years. The company plans to replace its fleet with aircraft that emit less carbon dioxide.

The commercial director of the European aircraft manufacturer Christian Scherer said before the opening of the Dubai Air Show on Sunday that the needs are estimated at 39,020 new passenger and freight aircraft by 2040, bringing the global fleet to 46,720 aircraft.

The coronavirus has caused the death of more than 5,088 million people in the world since the World Health Organization office in China reported the emergence of the disease at the end of December 2019, according to a census conducted by Agence France-Presse based on official sources Saturday around 16:00 GMT.