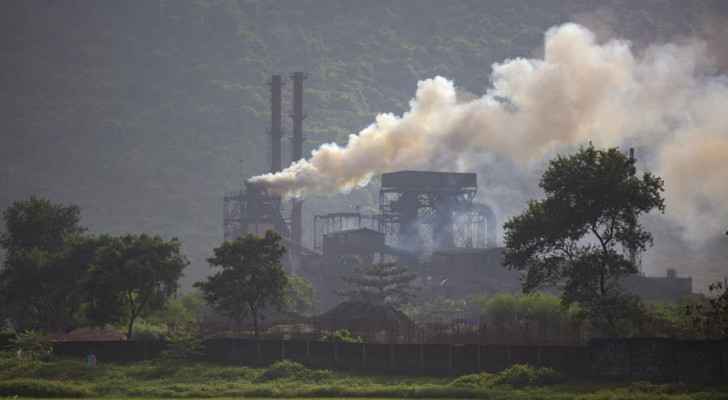 The billions of dollars on the table at COP26 will not be enough to help vulnerable countries cope with increasing droughts, floods and heat waves associated with climate change, according to a draft United Nations report obtained by AFP.

Instead, trillions will be necessary.

The failure of rich countries to deliver on their promise to increase their climate aid to poor countries to $100 billion annually from 2020 is one of the most volatile controversies in the approaching climate conference.

But that number pales in comparison to the true cost of adapting to the devastating effects of global warming, according to a draft report by United Nations climate experts to be published in early 2022.

The summary of the 4,000-page report states that “the costs of adaptation are higher than those previously estimated” in the face of urban floods, food shortages, deadly heat waves and mass migrations, such that “current scenarios for financing adaptation are insufficient given the expected magnitude of the impacts of the climate."

The Earth’s temperature has increased by +1.1 degrees Celsius since the pre-industrial era and could rise another two degrees if nothing is done about the crisis.

The higher the temperature, the higher the costs of protecting society, according to the Intergovernmental Panel on Climate Change.

According to the draft report, funding for climate change adaptation by 2050 could reach one trillion annually in certain emissions scenarios.

- 'Adaptation is a huge blind spot' -

The report of the Intergovernmental Panel on Climate Change, obtained by AFP in a preliminary copy, deals with the consequences of climate warming.

Meanwhile, experts and diplomats are beginning to assess needs that will cost much more than the $100 billion earmarked to help countries reduce their emissions and adapt to the effects of global warming.

In an interview with AFP, Rachel Cletts, director of climate and energy policy at the Union of Concerned Scientists, said that the promise that seemed important in 2009 was "completely flouted" given the reality on the ground, commenting, "When we talk about financing beyond 2025, we should be in the trillions."

For his part, Mohamed Addaw, director of the Center for Climate and Energy Research "Power Shift Africa" in Nairobi, said that "adaptation is a huge blind spot in the event of the climate emergency."

The draft IPCC report focuses on the urgent need to protect oneself from the effects of climate change, which would be significant even with a temperature increase of only +1.5°C.

The damage in Guangzhou, southern China, could exceed 250 billion each year, with an additional 20 centimeters of sea level rise, without adaptation measures such as anti-submersible infrastructure. But in a world where the Earth has warmed by two degrees Celsius, the ocean level could rise twice as much.

It is possible that other coastal cities such as Bombay were victims of disasters of the same magnitude.

The floods in Africa will contribute to the displacement of an average of 2.7 million people annually by 2050, while the harvests will decline in quantity and quality, which will lead to an increase in the risks of general malnutrition, while heat waves will affect health systems.

Therefore, adaptation financing would be more like an investment to avoid future costs, according to the draft report.

"Investing in climate adaptation is a bit like insurance against an inevitable event," says Oxford researcher Brian O'Callaghan.

Mohamed Addao and others called for a special report from the Intergovernmental Panel on Climate Change to assess global needs for adaptation.

"We need to assess as objectively as possible the costs of both adaptation and emission reduction," says chief negotiator from the Dominican Republic, Max Puig.

A few days ago, the United Nations Environment Program estimated that adaptation financing needs could rise to 300 billion annually in 2030, and to 500 billion by 2050.

The Africa Group, backed by emerging economies such as China and India, called on developed countries during COP26 to mobilize at least 650 billion annually for adaptation only, starting from 2030.

In parallel, Fiji and other islands have proposed twice as low a cap but from 2025, said Economy and Climate Change Minister Ayaz Syed Khayyum, who called on rich countries to recognize the emergency.

"When we build a house, we can't build one wall every ten years and hope it will be our shelter. We need shelter now."