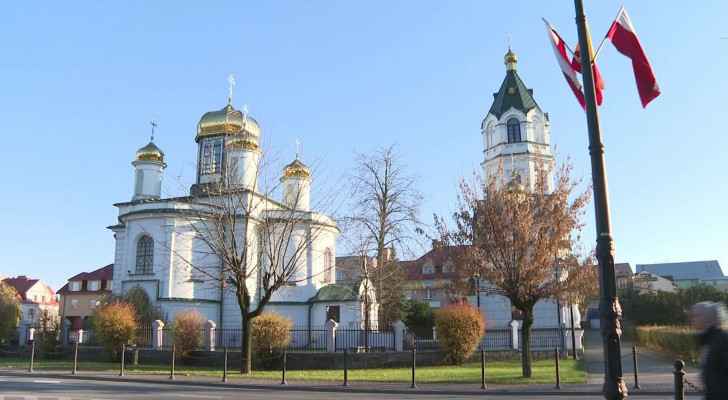 Poland said Wednesday it had seen a surge in attempts to breach its border and pushed back hundreds of migrants to Belarus, accusing Minsk of "state terrorism" by provoking a new migrant crisis in Europe.

Concern was growing for more than 2,000 migrants -- mainly Kurds from the Middle East -- who are trapped at the border, with the UN calling their plight "intolerable" and demanding action.

Western governments accuse Belarusian strongman Alexander Lukashenko of luring them to his country and sending them to cross into Poland in retaliation for sanctions.

"What we are facing here, we must be clear, is a manifestation of state terrorism," Polish Prime Minister Mateusz Morawiecki told reporters in Warsaw at a news conference with visiting EU chief Charles Michel.

Michel said new sanctions against Belarus "are on the table".

European Commission chief Ursula von der Leyen said she expected "a widening of the sanctions" at the beginning of next week.

"This is the attempt of an authoritarian regime to try to destabilize its democratic neighbours. This will not succeed," she said, speaking after a meeting with US President Joe Biden in Washington.

Body of Syrian youth found on ....

Russia has 'nothing to do' with Belarus-Poland border ....