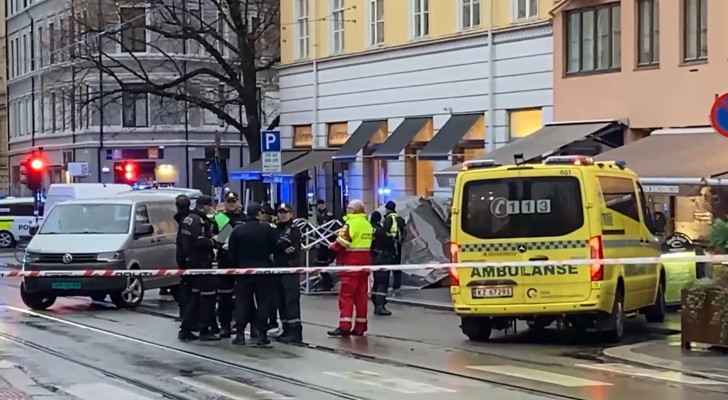 Norwegian police said they shot and killed a knife-wielding man who threatened several people early Tuesday in central Oslo before attacking a patrol car that arrived on the scene.

A policeman was injured as the officers tried to arrest the attacker in the capital's Bislett neighbourhood, police told a press conference.

No details about the identity of the attacker or his motive were disclosed.

"We're not excluding any motives, but there is nothing at this stage that indicates this is a terror attack," police inspector Egil Jorgen Brekke told reporters.

According to tabloid VG, the man was Russian and in his 30s, and had been sentenced to psychiatric care in December 2020 after stabbing a man in Oslo in 2019.

Footage posted by witnesses on social media and broadcast by Norwegian media show the barebreasted suspect wielding a large knife on the pavement outside a shop.

A police car can be seen ramming the man into a building in a bid to stop him. The man then rushes the vehicle, opens the front passenger door and leans inside the car.

"Police tried to run him down as he was attempting to stab someone. He then attacked the police with a knife... and shots were fired," the head of the police operation, Tore Solberg, told reporters at an improvised press conference at the scene aired on public broadcaster NRK.

The man was rushed to hospital but died of his injuries.

PSD reveals details regarding murder of 40-year-old in ....