Here are the latest developments in COVID-19 around the world 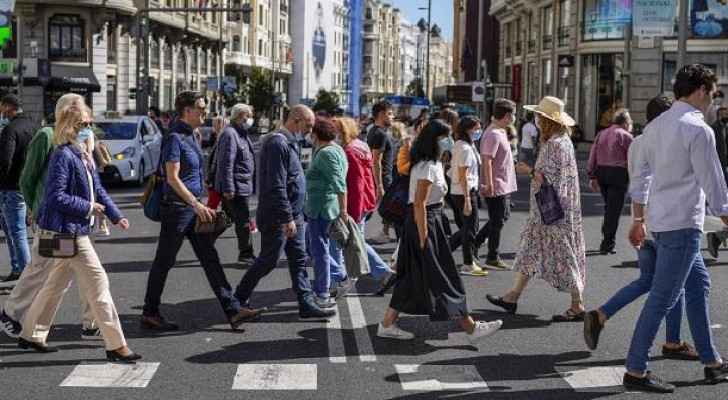 =Here are the latest developments related to the spread of the coronavirus in the world in light of the latest numbers, new measures and facts:

- Record number of cases in Russia -

Saturday, Russia officially recorded 41,335 cases of Covid-19 in the last 24 hours, the highest number of infections it has recorded since the outbreak of the epidemic, which indicates that the disease has not decreased in the country despite the paid holiday announced by President Vladimir Putin from October 30 to November 7.

Russia has officially counted 245,635 deaths from Covid, and is therefore the country most affected in terms of deaths in Europe. It is believed that the outcome is much higher than the announced number, as the Russian statistics agency estimated the death toll at 450,000 in late September.

Flames engulfed a hospital in western India on Saturday, killing 11 COVID-19 patients, officials said. They reported that about 20 patients were in the intensive care unit of the hospital located in Ahmednagar district of Maharashtra state when the fire broke out. Most of the dead are over 60 years old.

The widespread outbreak of Covid in India in April and May pushed India's underfunded health system to the brink of collapse. But several hospitals treating Covid patients have been hit by catastrophic fires.

French Prime Minister Jean Castex announced Saturday during a visit to the Hauts-Savoie region in the Alps that the mask will be mandatory in queues in front of the lifts of ski resorts in France, and a health permit will also become mandatory if the national infection rate exceeds 200 cases per 100,000 inhabitants.

From Monday, Austria required that a person be vaccinated or recovered from Covid to be allowed into restaurants, hotels and cultural centers, at a time when the country is facing a rise in the number of infections.

The coronavirus has caused the death of at least 5.03 million people in the world since the end of December 2019, according to a census conducted by Agence France-Presse based on official sources Saturday at 16:00 GMT.