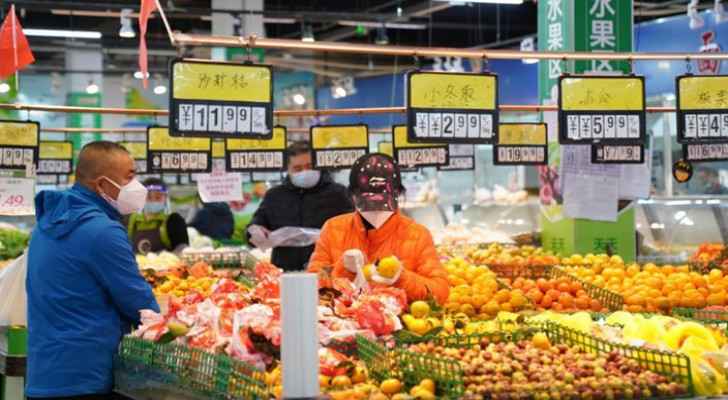 The Chinese government has called on its citizens to stock up on necessities as the country tries to combat the limited outbreak of the coronavirus that is disrupting transportation.

On Monday evening, the Ministry of Commerce published an announcement on its website, saying, "[We call on] families to stock a certain amount of essential products to meet daily needs and emergencies."

The announcement did not specify the reason for the call or whether the country was threatened by food shortages.

Supply chains were disrupted by quarantines at the height of the pandemic in early 2020 in several parts of the country and many highways were closed.

With the Winter Olympics in Beijing approaching next February, the government fears another outbreak of the coronavirus and has taken drastic measures in recent weeks after outbreaks appeared in the north of the country.

However, the number of documented cases is still very low compared to reports recorded in the rest of the world. Only 71 new cases were announced on Tuesday, after 92 cases were recorded on Monday, the largest daily number of injuries in China since mid-September.

Last summer, the country was hit by floods that disrupted agricultural production and raised prices.

Climate change is likely to increase the frequency of this type of natural disaster.

China is the world's largest importer of food products, making it vulnerable to diplomatic tensions with its major suppliers such as the United States, Canada and Australia.

On Monday, Chinese newspapers reported that the prices of 28 food commodities rose last month by 16% from the previous month, based on official data.

In its history, China experienced periods of famine, especially in the late fifties and early sixties when the system of collective land ownership imposed by the communist regime caused tens of millions of deaths in the countryside.

Tuesday, the Arab Business Forum in China posted a statement regarding the Chinese government's request for families to keep a stock of basic daily needs in anticipation of an emergency.

The statement said that the Ministry of Commerce issued a new statement asking citizens not to “go too far trying to interpret what was said.”

The Arab Business Forum denied all these rumors, including the existence of waves of buying and storing food.

The forum reassured businessmen, and other interested parties and called on all media outlets to be patient and check information from official sources.

Reuters News Agency reported earlier that the Chinese government had asked families to stock up on basic necessities in anticipation of an emergency, after the outbreak of COVID-19 and unusually heavy rains that led to a rise in vegetable prices, which raised concerns about a lack of supplies.

Reuters noted that the guidance issued by the Ministry of Commerce raised some concerns among social media users that the matter may be related to the rising tension with Taiwan.

China to provide emergency aid to ....