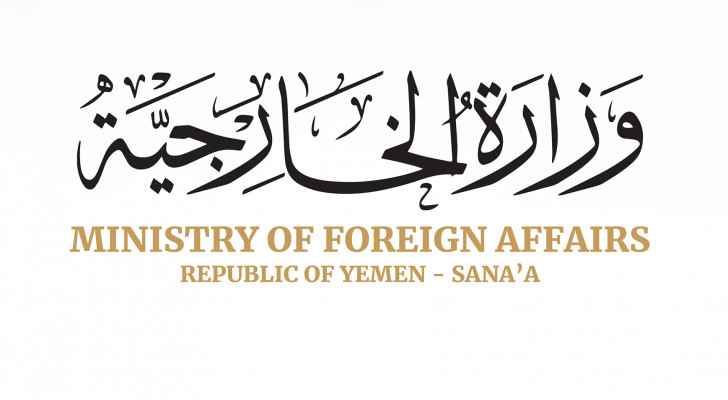 Tuesday, the Yemeni government summoned its ambassador to Lebanon, Abdullah Al Deais, to discuss the statements that were made by the Lebanese Minister of Information, George Kordahi.

The Yemeni Ministry of Foreign Affairs said in a statement that “the Government of the Republic of Yemen, referring to a letter of protest delivered by the Ambassador of the Republic of Yemen in Beirut to the Lebanese Foreign Ministry on Wednesday, Oct. 27, regarding the reprehensible statements issued by the Lebanese Minister of Information, and the deviation of those statements from the Arab position in support of the just Yemeni cause in the face of a coup militia that has committed crimes and violations against the Yemeni people, it announces the recall of its ambassador in Beirut for consultations.”

The statement added that “the Yemeni government and people will continue to confront the Iranian project and its militias, and it will be nothing but a safety valve for the Arabian Peninsula and the region in general, in the face of death and destructive projects carried out by the Iranian regime and its tools.”

Earlier Tuesday, the Lebanese President, Michel Aoun, confirmed that the country is still continuing its endeavours to address the dispute with Saudi Arabia and a number of Gulf countries, hoping for an appropriate solution to be reached, according to AFP.

Aoun said, in a statement published by the Lebanese Presidency Office, today, Tuesday, after his meeting with the head of the European Parliament delegation for relations with the Middle East, Isabel Santos, that "the crises that befell Lebanon had negative repercussions on its economy and the state's capabilities to fulfill its obligations."

Santos said, "We are here in Lebanon to learn more about the economic crisis and other aspects of the crisis and to discuss preparations for an agreement with the International Monetary Fund, and this is urgent.”

“We also look forward to the government working and being able to function and be more effective in promoting the reforms that this country needs.”

“We are also interested in learning about the fight against corruption, the issue of elections, and the investigation into the explosion of the port of Beirut,” she added.