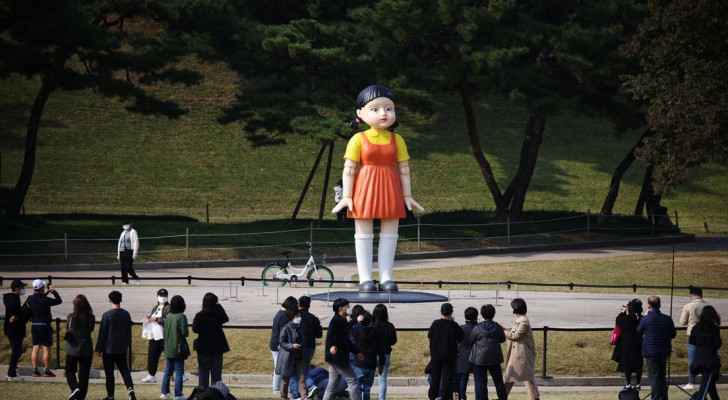 An imitation of a giant doll featured in Netflix’s Squid Game was launched this week at a park in Seoul, South Korea.

The giant doll gives fans a chance to experience a bit of what it feels like being on Squid Game.

Netflix’s representative told Reuters that Younghee, a four-meter-tall doll dressed in orange and yellow, was set up at the Seoul Olympic Park.

A Seoul resident from the Philippines told Reuters “I really wanted to know how it feels to be in the game. It’s like we are in the game, hearing the music and seeing this doll.”

Some park visitors were seen wearing green tracksuits with the number tag ‘456,’ similar to the outfits of the show's main character.

According to a park official, the doll is planned to be displayed at the park until Nov. 21.

The nine-episode Korean-drama show is about a group of people who sign up to play mysterious children's games in the hope of winning a hefty cash prize.

Squid Game is currently the most popular show on Netflix in Jordan.