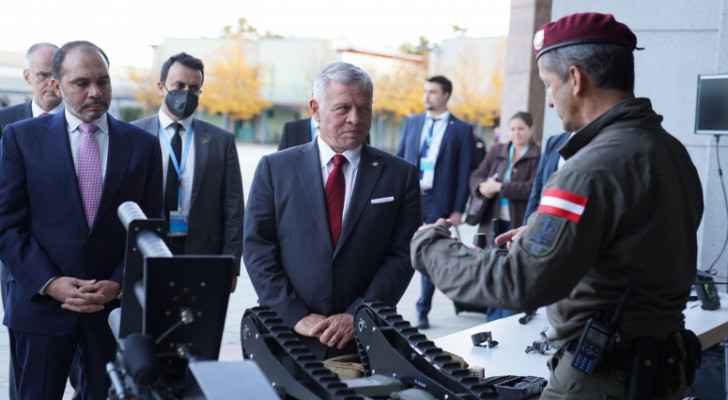 During the visit, King Abdullah was shown a number of weapons and the latest technological tools and methods utilised in special operations.

His Majesty, accompanied by His Royal Highness Prince Ali bin Al Hussein, was also briefed on the ATLAS network, which is made up of 38 police special intervention units from a number of European countries, including EKO Cobra.