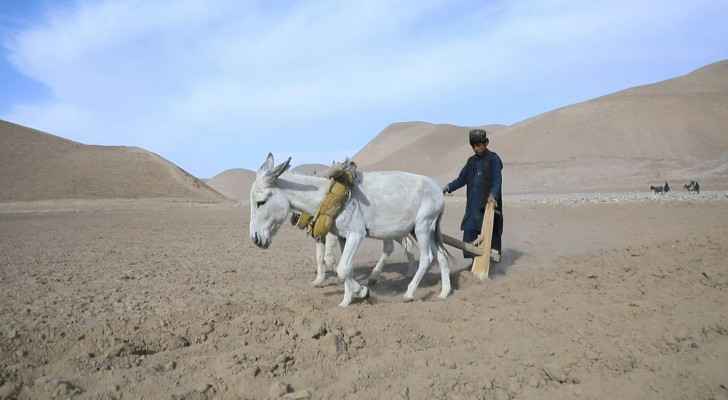 Drought stalks the parched fields around the remote Afghan district of Bala Murghab, where climate change is proving a deadlier foe than the country's recent conflicts.

As the world watched the Taliban wage a stunning offensive that ended in the rapid collapse of the country's western-backed government, a longer-term crisis was building.

In desperate attempts to feed their families, herders have been forced to sell their livestock, farmers to flee their villages and parents to sell their daughters into marriage at ever younger ages.

"The last time I saw rain was last year, and there wasn't much," Mullah Fateh, head of the Haji Rashid Khan village in Bala Murghab.

Communities cling to life in small clusters of mud-brick homes among an endless ocean of rolling brown hills in this corner of Badghis province -- where 90 percent of the 600,000-strong population live off livestock or fields, according to humanitarian agency ACTED.

"We sold sheep to buy food, others died of thirst," Fateh told AFP.