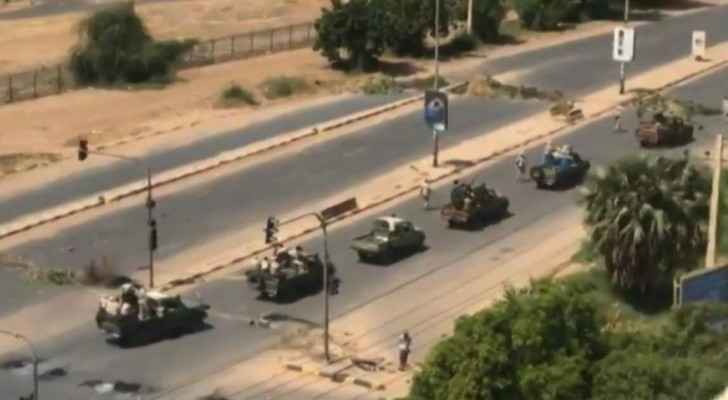 Sudan's top general declared a state of emergency, dissolved the authorities leading the country's democratic transition, and announced the formation of a new government after soldiers detained civilian leaders Monday in what activists denounced as a "coup."

General Abdel Fattah al-Burhan's announcement in a televised address came after armed forces detained figures of the government in charge of leading the transition since the April 2019 ouster of autocrat Omar al-Bashir.

"To rectify the revolution's course, we have decided to declare a state of emergency nationwide... dissolve the transitional sovereign council, and dissolve the cabinet," said Burhan, who has links to the paramilitary Rapid Support Forces which have been accused of atrocities in Sudan's Darfur conflict.

His statement came as clashes erupted in Khartoum, with soldiers firing live rounds at people who took to the streets to protest against the power grab.

The violence, largely centred outside the army headquarters in the capital, came hours after soldiers detained Prime Minister Abdalla Hamdok, ministers in his government and civilian members of Sudan's ruling council, the information ministry said.

They were taken away after "refusing to support the coup," it said on Facebook.

Internet services were cut across the country around dawn and the main roads and bridges into Khartoum shut, before soldiers stormed the headquarters of Sudan's state broadcaster in the capital's twin city of Omdurman, the ministry said.

People took to the streets soon after, setting tyres ablaze and piling rows of bricks across roads to block them in protest against the military move, an AFP correspondent reported.

"Military forces have fired live bullets on protesters rejecting the military coup outside the army headquarters," the ministry said.

Around a dozen people were wounded, said the independent Central Committee of Sudan Doctors.