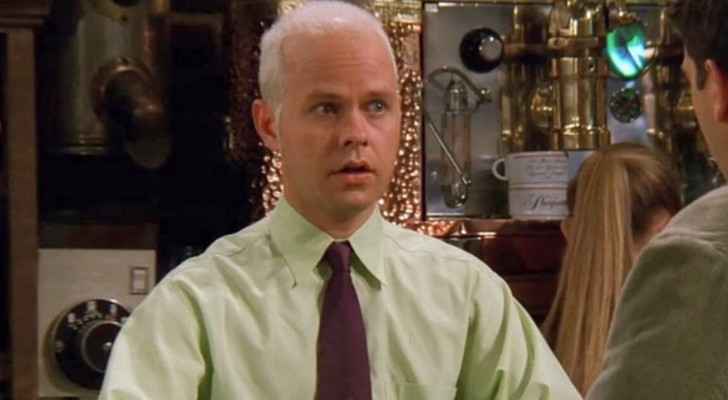 James Michael Tyler, who was best known for his recurring role in Friends as Gunther, died at his home on Sunday at the age of 59 after a long battle with cancer.

He announced in an interview in June 2021 that he had stage 4 prostate cancer that had spread to his bones, leaving him unable to walk.

He was first diagnosed in 2018 during a routine physical.

Before his passing he said: “My goal this past year was to see my 59th birthday. I did that.”

“The world knew him as Gunther, the seventh ‘Friend’, from the hit series Friends, but Michael's loved ones knew him as an actor, musician, cancer-awareness advocate, and loving husband,” His representative, Toni Benson, said in a statement.

"Michael loved live music, cheering on his Clemson Tigers, and would often find himself in fun and unplanned adventures. If you met him once you made a friend for life.”

Tyler appeared in 150 of the 236 episodes of ‘Friends’ making his character the one with the highest number of appearances throughout the show.

“When he started as an extra on ‘Friends,’ his unique spirit caught our eye and we knew we had to make him a character,” the statement read. “He made Gunther's unrequited love incredibly relatable. Our heart goes out to his wife, Jennifer Carno.”

“Warner Bros. Television mourns the loss of James Michael Tyler, a beloved actor and integral part of our FRIENDS family. Our thoughts are with his family, friends, colleagues and fans,” wrote Warner Bros. on Twitter.

Fellow co-stars on the hit show paid tribute to Tyler with Jennifer Anniston, who played Gunther’s all time crush- Rachel Green, posting a video of a scene they shared in the show in which he confesses his love for her and writing “Friends would not have been the same without you. Thank you for the laughter you brought to the show and to all of our lives. You will be so missed.”

Other co-stars including Courtney Cox, Matt LeBlanc, Lisa Kudrow and David Schwimmer paid tribute to him as well, writing they will miss him and thanked him for playing such an unforgettable role in Friends and for being a big-hearted gentleman.

In May 2021, a 10-year-Friends reunion took place in which Tyler opted to join in remotely so as not to bring a negative vibe to the reunion as he was sick.

Tyler said during his appearance: “It was the most memorable 10 years of my life, honestly.”

He added, “I could not have imagined just a better experience. All these guys were fantastic and just a joy to work with. It felt very, very special.”

During his cancer treatment, Tyler continued his acting starring in two short films, The Gesture and The Word and Processing.

He also gave a spoken word performance of Stephen Kalinich’s poem “If You Knew” in an effort to raise awareness for the Prostate Cancer Foundation.

Monkeypox transmission can be stopped outside endemic ....

Monkeypox transmission can be stopped ....

Zelensky says 87 killed in May 17 Russian strike on base