Saudi plan for carbon neutrality must be accompanied by a gradual phase-out of fossil fuels: experts 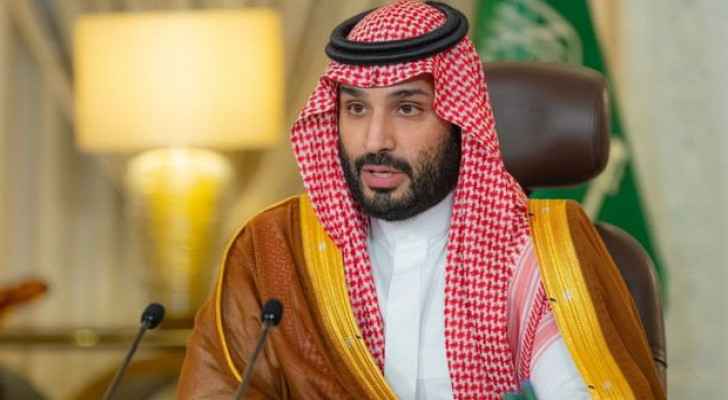 Saudi Arabia recently announced a date to achieve carbon neutrality, but experts believe that this pledge must go hand in hand with a plan to phase out fossil fuels instead of increasing investment in them.

It seems that the announcement of the largest exporter of oil to achieve carbon neutrality, strengthens the position of the Kingdom and its young de facto ruler, Crown Prince Mohammed bin Salman, before the global climate summit "COP26" in Glasgow at the end of this month.

But despite the announcement, the wealthy country that depends on exports of fossil fuels stressed that these goals cannot be achieved without continuing to invest and export oil for decades in order to finance the transformation process.

Earlier this month, oil giant Saudi Aramco said it plans to increase its daily production capacity to 13 million barrels per day from 12 million by 2027.

"We doubt the seriousness of this announcement because it comes in parallel with the kingdom's plans to increase its oil production," said Ahmed Al-Droubi, campaign manager for Greenpeace Middle East and North Africa.

He added in a statement received by Agence France-Presse that the announcement "appears to be a mere strategic move to relieve political pressure before COP26."

In addition to cutting carbon emissions, the Gulf kingdom said it would also join a global effort to cut methane emissions by 30 percent by 2030.

With the approach of the COP26 conference, many countries pledged to strive to achieve net carbon emissions, including the UAE, which set a target in 2050 to achieve this, and Bahrain in 2060.

The kingdom has been the world's largest oil exporter for decades and is currently dependent on oil and natural gas to meet its rapidly growing demand for energy and to desalinate its waters that consume huge amounts of oil.

Crown Prince Mohammed bin Salman had promised to diversify the economy by putting an end to its dependence on oil and opening the doors of the giant country to foreign investment and business opportunities.

But the transition does not look easy. Last year, the double whammy of the coronavirus and low oil prices slowed the transition, while parts of mega-projects announced in recent years were suspended.

With oil's contribution exceeding 70 percent of total exports, Saudi Arabia is pressing to ensure that fossil fuels play a major role in the energy transition despite promises of diversification.

A recent leak of documents has revealed how countries such as Saudi Arabia, Japan and Australia are urging the United Nations to play down the need to quickly phase out fossil fuels.

In its green plan, Saudi Arabia said Saturday that it plans to invest in "new energy sources, including hydrogen."

Al-Droubi considered that "blue hydrogen (...) does not change the status quo in terms of dependence on fossil fuels," calling on the Saudis to "give priority to phasing out fossil fuels and replacing them with renewable energy."

The Crown Prince also announced Saturday that his country aims to reduce carbon emissions by 278 million tons annually by 2030. He also announced the start of implementing the first phase of an afforestation initiative by planting more than 450 million trees.

Aramco, for its part, has also set a target to reach carbon neutrality by 2050 but only for emissions from its own operations. More than 80 percent of the company's total emissions come from customers who burn fossil fuels, which is not covered by the pledge, according to Bloomberg Financial Agency.

But experts are more cautious.

"Saudi Arabia will have to make great efforts in the field of energy efficiency and decarbonizing the energy sector," Ben Cahill, a researcher at the Center for Strategic and International Studies, told AFP.

"It will have to phase out direct crude oil burning for power generation, and renewable energy will have to gradually replace gas," he added.

COP26, which is scheduled to take place from October 31 to November 12, is seen as a critical step in setting global emissions targets to slow global warming.