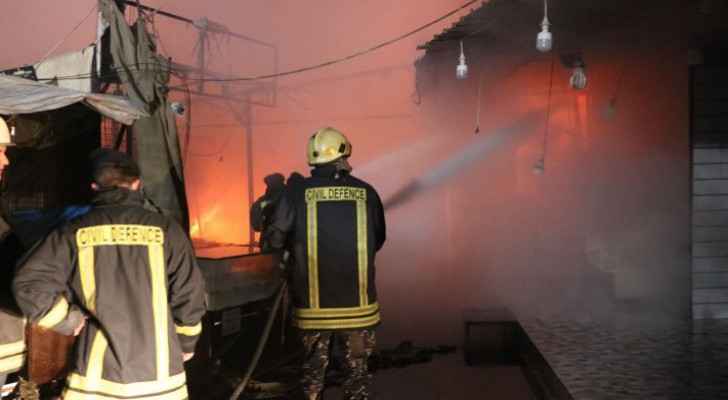 Sunday at dawn, the firefighting teams of the Civil Defense Directorate were able to put out a fire which broke out at a large number of shops in the Raghadan complex area in Amman.

The firefighting teams worked to control the fire and prevent it from spreading to neighboring shops without causing any casualties.

An investigation has been launched into the causes of the fire.

Earlier Saturday, three people died after a fire broke out in a restaurant near the University of Jordan in Amman.

A security source said that the firefighting and ambulance teams dealt with a fire that broke out inside a restaurant near the University of Jordan, which resulted in the death of three people.

The source added that the ambulance teams evacuated the deceased to the University of Jordan Hospital.

Initial investigations indicated that the cause of the fire was a gas leak.

King listens to Parliament’s response to Speech from the ....