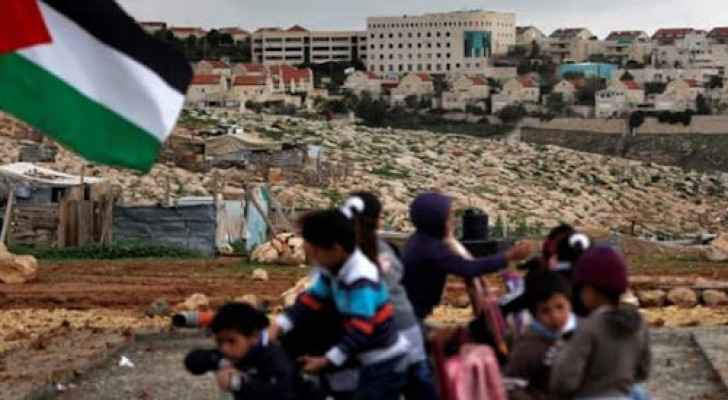 Friday, the Israeli Occupation classified six Palestinian non-governmental organizations in the occupied West Bank as "terrorists,' saying they constitute a cover for promoting and financing the activities of the Popular Front for the Liberation of Palestine.

"These organizations operate under the cover of 'civil society organizations', but in practice they belong to and constitute an arm of the Popular Front leadership, which aims to destroy Israel through terrorist acts," Israeli Occupation Defense Minister Benny Gantz said in a statement issued by his office.

The organizations are the Conscience Foundation for Prisoner Care and Human Rights; the International Movement for Defense of Children - Palestine; Al-Haq; the Union of Agricultural Work Committees; the Union of Arab Women’s Committees; and the Bisan Center for Research and Development.

The Popular Front for the Liberation of Palestine is a well-known Palestinian faction with a Marxist background with an armed wing and is considered by the Jewish state and the European Union as a "terrorist."

"Israel has led a campaign for many years against Palestinian NGOs to silence them and end their work in the face of Israeli attacks, but this decision will not affect our work," Jabareen said from Amman, in connection with Agence France-Presse.

Jabarin accused the Israeli Occupation side of spying on one of Al-Haq's employees, through the Pegasus program, adding, "When Israel learned that we had exposed this matter and that we were going to Google and Front Line against it, it issued its decision."

Gantz called on the international community to "sever all contacts with associations and organizations that provide support for terrorism," considering that "these organizations benefit from the aid of European countries and donations from international organizations to fund the families of security prisoners (in Israel) and the perpetrators of attacks, pay the salaries of members of the Popular Front, enhance its terrorist activity and spread its thought."

It is expected that the Israeli Occupation decision will affect the provision of financial support to these organizations, which passes through Palestinian banks operating in the Palestinian territories.

However, Jabarin said that "there are 45 employees working for us, and if resources dry up and banks are prevented from dealing with us, there will be thousands of volunteers who will work with us in the institution."

The Israeli Occupation human rights organization B'Tselem condemned Gantz's decision, saying, "It is clear that it aims to close these institutions."

B'Tselem affirmed its solidarity with these institutions and said it was "proud of our joint work with our Palestinian colleagues over the years, and we will continue to do so."