More than 90 Houthi rebels killed near Ma'rib in Yemen 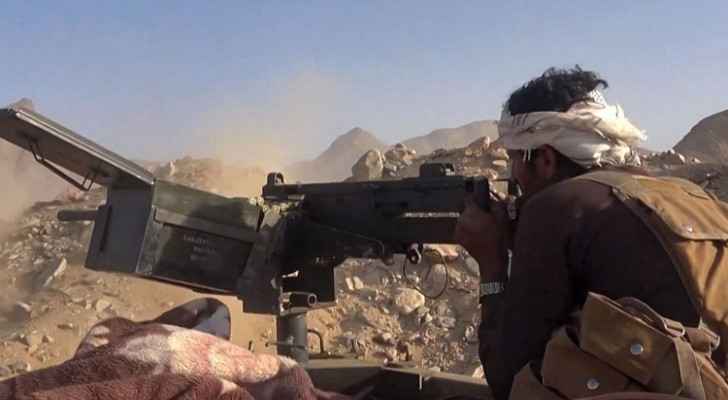 The Saudi-led military coalition in Yemen announced on Friday that at least 92 Houthi rebels had been killed in new raids on the strategic southern city of Marib, which has been under heavy bombardment for two weeks.

These are added to the hundreds that the coalition says were killed in the recent battles around Marib.

The Saudi Press Agency quoted the Coalition to Support Legitimacy in Yemen that in the past 24 hours, "16 military vehicles were destroyed" and "92 terrorist elements" were eliminated in Al-Juba (50 km south of Marib) and Al-Kasara (30 km northwest of Marib).

The Iranian-backed Houthis rarely comment on casualties, and AFP was not able to independently verify the numbers.

The coalition announces air strikes in the vicinity of Ma'rib almost daily over the past two weeks.

Most of the previously announced raids were carried out in Abdiya, about 100 km from Marib, the last stronghold of the internationally recognized government in the north of the country.

The Houthis launched a large-scale attack to take over Ma'rib in February, and they renewed their offensive since September after a period of lull.

The civil war in Yemen began in 2014 after the rebels took control of the capital, Sanaa, 120 km west of Marib, and a Saudi-led coalition intervened to support the government the following year.

The conflict has killed tens of thousands of people and displaced millions more in what the United Nations calls the world's worst humanitarian crisis.

On Wednesday, the UN Security Council called for a "de-escalation" in Yemen, in a unanimously approved statement that called for confronting the "increasing risk of widespread famine" in the country.