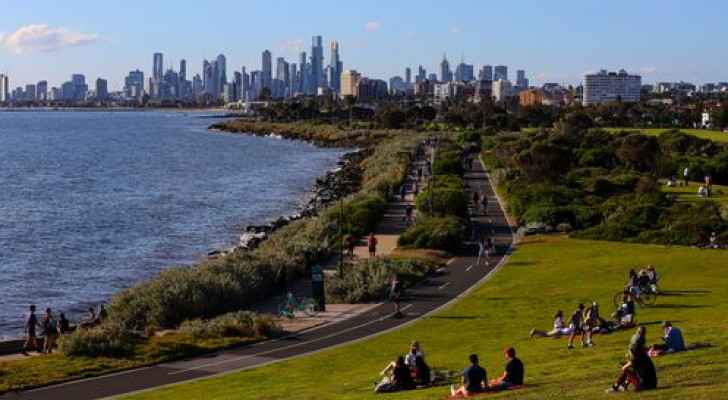 Melbourne residents took advantage of the city's reopening on Friday after the world's longest series of general closures to go to bars, restaurants and hairdressers.

"You can feel positive and proud of what has been done," said Victoria Premier Dan Andrews.

"I try not to sound like an affected father, but I am really proud of this state."

Melbourne's five million residents have been forced from the start of the pandemic to stay indoors for a total of more than 260 days.

Now, more than 70 percent of people who can be vaccinated in Melbourne and Victoria have received two doses of the vaccine and restrictions that have been in place have been lifted.

Melbourne was completely closed six times and in 2021 lost its first place on the list of the best cities to live in Australia due to violent protests against the ban on entry to the city and the movement of residents to cities free of Covid-19.

"People are getting crazy and trying to book appointments," Marcella Rodriguez, one of the founders of Vamos Fitzroy, told local newspaper The Age.

A hairdresser in the city pointed out that customers began waiting in front of hairdressing shops since 4:30am.

However, Melbourne residents are still unable to get out of the city, and shops will remain closed until the number of fully vaccinated people reaches 80 percent in a few weeks.

Victorian authorities indicated that hospitals may be under "extreme pressure" after the decision to reopen, despite the return of the epidemic's momentum, with 2,232 new cases of Covid recorded Thursday.

Third COVID wave will be most severe: Former Health ....

Third COVID wave will be most severe: ....

Melbourne returns to lockdown as Australia scrambles to ....

Melbourne returns to lockdown as Australia ....

Melbourne returns to lockdown as Australia ....

Melbourne returns to lockdown as ....