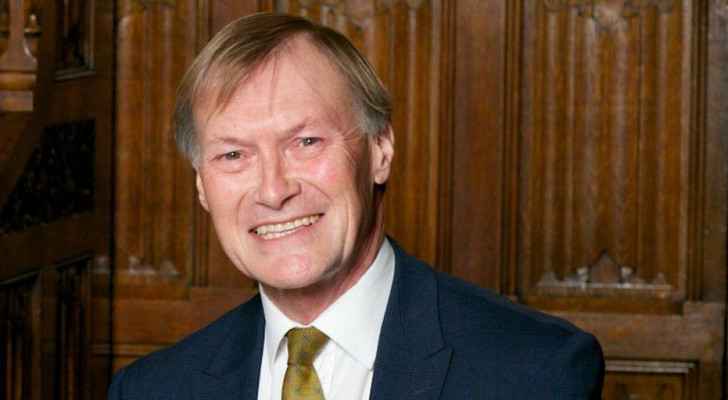 British judicial authorities have charged a 25-year-old man with premeditated murder in the murder of British MP David Amess last week, according to the Crown Prosecution Office and police.

Ali Harbi Ali, a 25-year-old British-Somali who was arrested last Friday at the scene of the attack is also facing a separate charge of preparing to commit terrorist acts.

Ali was remanded in custody pending his appearance before the Central Criminal Court "Old Bailey" in an administrative hearing Friday.

Amess, a 69-year-old father of five, was stabbed to death while meeting supporters inside a church in his constituency, in the second such crime in the past five years targeting a British lawmaker.

Members of the House of Commons praised the veteran Conservative MP with calls for better security for the nation's elected representatives.

Labor MP Jo Cox was killed while meeting voters in the run-up to the Brexit vote in June 2016.

Nick Price, head of the Special Crimes and Counter-Terrorism Unit, said, quoting lawyers, that Amess' murder was "terror-related and had religious and ideological motives," adding that Ali "was also accused of preparing to commit terrorist acts."

He pointed out that this "comes after reviewing the evidence collected by the Metropolitan Police in its investigations."

"There has been extensive speculation in the media regarding the background, history and motives of the man who has been charged," he said in a statement, adding, "I understand the massive level of public interest in this case."

"But now an indictment has been brought, and it is important that everyone exercise restraint when commenting (about the crime) in public, to ensure that future court proceedings are not compromised in any way."