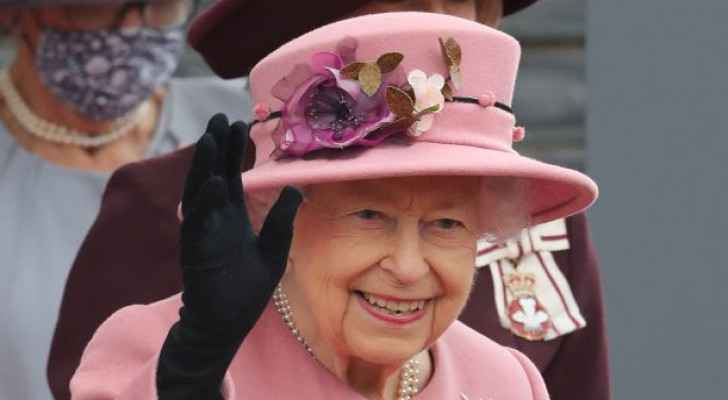 Buckingham Palace announced that the 95-year-old Queen Elizabeth II spent the night of Wednesday-Thursday in hospital after doctors advised her to rest, confirming that she had returned to Windsor Castle in high spirits.

"After being advised by doctors to rest for a few days, the Queen went to hospital on Wednesday afternoon for initial check-ups, and she returned to Windsor Castle today (Thursday) at lunchtime, in high spirits," the palace said in a statement.

The Queen, who will celebrate the 70th anniversary of her accession to the throne next year, canceled a visit to Northern Ireland on Wednesday after heeding "reluctantly" her doctors' advice to rest for a few days.

Queen Elizabeth II recently participated in a number of public activities after spending successive periods of stone at Windsor Castle near London, although many expected her to stay away from such activities after the death of her husband Philip last April.

The Queen appeared on Tuesday at a reception attended by Prime Minister Boris Johnson and businessmen in Windsor, and she appeared to be in good health, as she shook hands with people standing without gloves and chatted with a number of guests without wearing a mask.

Last week, the Queen was seen walking with a cane in her first public appearance since 2004.