Heavy traffic not a result of poor planning: Director of Traffic Operations

Heavy traffic not a result of poor planning: Director of Traffic Operations 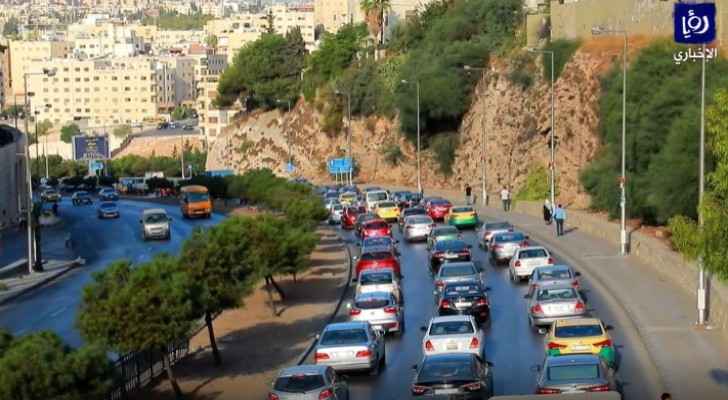 The Director of Traffic Operations, Amman Municipality, Muhammad Al-Fauri, said that there are no problems in traffic planning in the streets of Amman, and that they accommodate large numbers of vehicles.

Al-Fauri told Roya that Amman sees about 1.5 million vehicles daily, stressing that the traffic movement in the capital is proceeding normally.

He attributed the causes of traffic congestion and slow traffic in the capital, Amman, to abnormal causes: vehicle overcrowding during peak hours, vehicle breakdown, or the presence of a traffic accident.

Al-Fauri pointed out that the traffic process in the capital, Amman, is managed through the traffic signals control room of the Greater Amman Municipality, in cooperation with the Traffic Department, which has representatives in the chamber.

He said traffic sergeants are present at the intersections to prevent violations before they occur.

Al-Faouri confirmed that the BRT did not affect traffic, and its operation did not result in traffic jams, but rather succeeded in reducing the number of vehicles traveling on its route in Amman.

Director of the Traffic Department, Brigadier General Firas Al-Soub, said that one of the causes of traffic congestion in the capital, Amman, is overcrowding, as large numbers of vehicles cross its streets daily.

He pointed out that traffic watchdogs have been placed in places that witness congestion and traffic density, to implement the law and instructions on the ground and monitor violations.