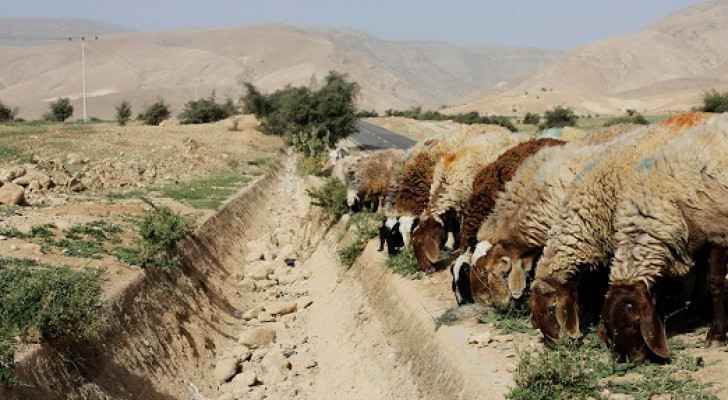 Palestinian Prime Minister Muhammad Shtayyeh received from the British Consul General in Jerusalem Diane Corner a UK-funded report on climate change policy in the Occupied Palestinian Territories Wednesday, at his office in Ramallah.

"We appreciate this important report which is coming in preparations for the Glasgow Climate Conference," the Prime Minister said.

Shtayyeh added: "The biggest challenge facing the Palestinian environment is settlement and its waste, and Israel continues to control our natural resources and lack access to our lands behind the wall, and worse than that, Israel uses our lands as a dumping ground for solid, chemical and electronic waste, in addition to uprooting trees and bulldozing lands in favor of settlement building and settler expansion."

The Prime Minister continued: "Palestine does not contribute to environmental pollution in the world. On the contrary, our environment is polluted by occupation. His Excellency the President has signed all agreements related to climate and environment, and we are committed to this global effort that aims to reduce emissions on the one hand and maintain a clean and green environment on the other hand."

The British Consul General said: "This report focuses on the economic impacts on climate change in the occupied Palestinian territories, highlights the difficulties caused by the occupation and the importance of ensuring the ability of Palestinians to use resources in the occupied territories (particularly water and land) to meet climate challenges, and contribute in preparing for Palestine’s participation in the climate conference and drawing future policies on this issue.”

The world will need trillions to confront climate threats, ....

The world will need trillions to ....