Blinken: We will do “everything we can” to free the missionaries kidnapped in Haiti 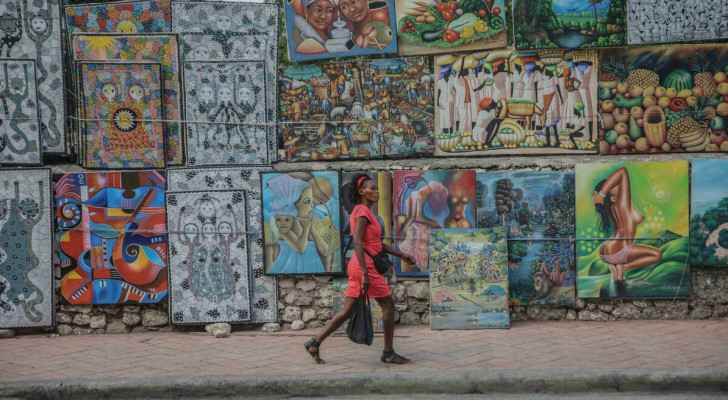 US Secretary of State Anthony Blinken announced Tuesday that the United States will do "everything possible" to free American and Canadian missionaries kidnapped in Haiti.

"Our focus in the (US) administration is entirely on this matter," Blinken said during a press conference in Quito, Ecuador's capital, noting that a team from the FBI is focused on this case.

"We will do everything we can to help resolve the situation," he added.

"Unfortunately, this is also a symptom of a much larger problem of the security situation that is simply unsustainable" in Haiti, he added.

Security sources in Port-au-Prince confirmed to AFP, on condition of anonymity, that the kidnappers of the 17 hostages had demanded a ransom of $17 million for their release.

The sources pointed out that the "400 Mawozo" gang, which has controlled the area where the group of missionaries and their families moved on Saturday, demanded a ransom of one million dollars for each hostage.

Haitian Justice Minister Liszt Keitel confirmed that this armed gang was behind the kidnapping of American and Canadian nationals, noting in a statement reported by the Washington Post that the kidnappers usually ask for large sums that are later reduced during negotiations.

The organization "Christian Aid Ministries," to which the kidnapped missionaries belong, announced Sunday that the 17 hostages are "five men, seven women and five children," without specifying their ages.

The Ohio-based organization added that the missionaries were returning from a visit to an orphanage on Saturday when they were kidnapped with members of their families.

In April, ten people, including two French priests, were kidnapped for 20 days by this gang in the same area between Port-au-Prince and the border with the Dominican Republic.

The US government classifies Haiti as a country in the red and advises its citizens to avoid traveling to this country because of the many kidnappings in it, warning that "US citizens are often among the victims."

Blinken announces he had 'frank' talks with Lavrov ....

Blinken announces he had 'frank' talks with ....

Blinken announces he had 'frank' talks with ....

Blinken announces he had 'frank' talks ....