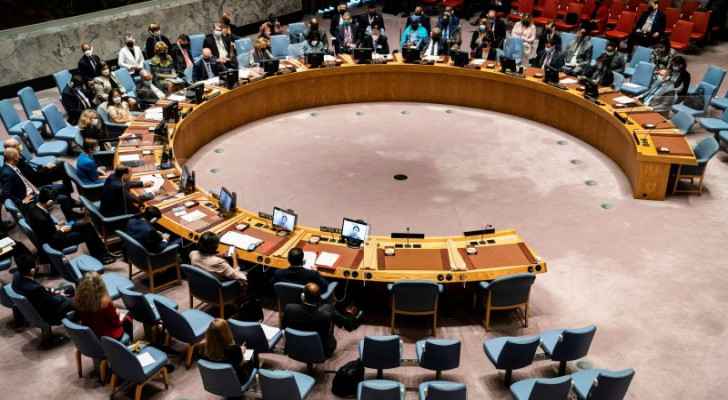 The UN Security Council will hold an emergency closed-door session on Wednesday on North Korea, which confirmed that it had successfully tested a "new-class" ballistic missile from a submarine, diplomatic sources told AFP on Tuesday.

A diplomatic source said the session will be held at the request of Britain and the United States and will begin on Wednesday afternoon. According to another diplomatic source, Paris later joined its partners Washington and London in requesting the holding of this session.

The announcement of the date of this session came after North Korea confirmed that it had successfully test-launched a "new type" of ballistic missile from a submarine, a news that, if confirmed, means that the nuclear-armed country has the ability to launch a second strike.

The official North Korean news agency said that the missile launched on Tuesday has "a lot of advanced technologies in the areas of control and guidance," noting that it was launched from the same submarine that Pyongyang used five years ago when it announced its first test of a sea-based strategic ballistic missile.

The official newspaper, "Rodong Sinmun," published pictures in which the black and white missile appeared as it made its way towards the sky from the calm sea water, behind it a column of fire and smoke, while another picture appeared as a submarine emerging from under the water's surface.

If it is already confirmed that North Korea has the ability to launch ballistic missiles from submarines, this means that the closed country has raised its military arsenal to a new level, as this technology allows it to spread its ballistic weapons away from the Korean Peninsula and provides it with the opportunity to strike a second strike if its platforms are hit. Land, stationary or mobile, intended for launching missiles.

Chinese ambassador to the United Nations, Zhang Jun, whose country in recent years has repeatedly expressed its support for Pyongyang, refused to answer questions asked by journalists about the missile test conducted by Pyongyang.

The Russian Deputy Ambassador to the United Nations, Dmitry Polyansky, warned against any haste.

"We need to get more information" about this missile test because interpretations of events in North Korea have "always been conflicting," he said.

The Russian diplomat added that the missile launch "could have taken place from anywhere. We only have press information and I do not trust it very much. We need an expert assessment."