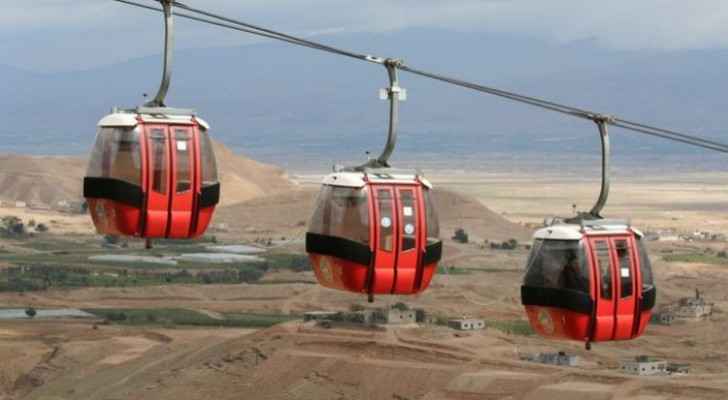 Sunday, the head of the Jordan Free and Development Zones Group (JFDZG) Khalaf Hmaisat said that the completion rate of the Ajloun cable car has exceeded 50 percent.

He pointed out that the cost of the project amounted to around JD 10 million.

Regarding the date of its launch, Hmaisat said that it is set to begin operating in June 2022.

The project was firstly initiated in January 2019 following Royal directives in hopes of reviving tourism in the governorate. However, the project was put on hold due to the coronavirus crisis.