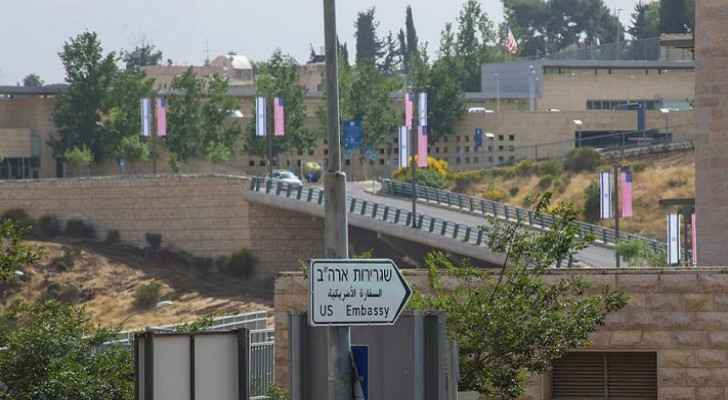 The Israeli Occupation Foreign Minister, Yair Lapid, agreed, during his recent meetings in Washington, DC, to open a US Consulate for Palestinians in East Jerusalem.

The issue has been a contenious one within the Israeli Occupation government, with Prime Minister Naftali Bennett being strongly opposed to the idea.

The Israel Hayom newspaper quoted an Israeli Occupation political source close to Bennett as saying that, after the formation of the Israeli Occupation government, Lapid pledged to the US Secretary of State, during a phone call between them, that it would be possible to reopen the US consulate in East Jerusalem.

It added that due to the complexities of the government coalition, Lapid suggested doing this after the approval of the state budget next November.

The newspaper indicated that US Secretary of State Blinken agreed to Lapid's vision and proposal, and began promoting the process of opening the consulate, provided that it be on the date proposed by Minister Lapid.

The contradiction in Israeli positions prompted the US Secretary of State last week to talk about his country's intention to reopen the consulate with Lapid by his side during their meeting in Washington.

Blinken expressed Washington's disappointment with the contradiction in the Israeli Occupation position, according to the newspaper.