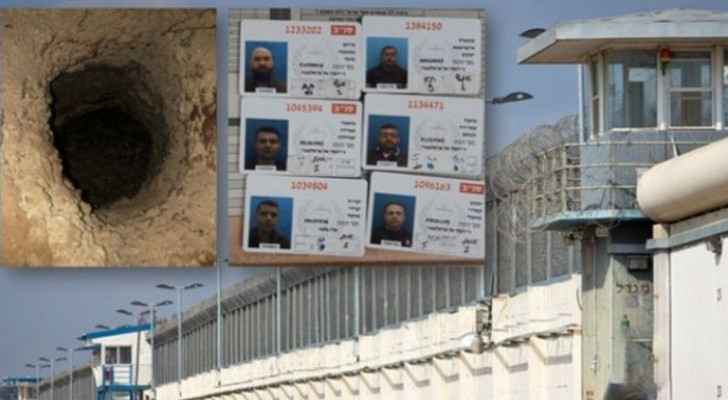 Saturday, the Hebrew newspaper Haaretz reported new details that were revealed about the Gilboa prison tunnel operation last month, during which six prisoners escaped from the prison before being re-arrested.

The newspaper said that a prisoner who participated in the tunnel digging operation confirmed in his statements that during a routine cell inspection in July, he was stuck in the tunnel during digging, but the jailers did not notice he was absent.

He said that when “the jailers came to search the cell, the marble was closed on me because the search had started. I started screaming becauseI couldn't breathe.”

According the prisoner, “the jailers asked if there were five prisoners [inside the cell],” and when the prisoners answered “yes,” they thought they had been caught because now the jailer would start looking for the sixth prisoner but “the prison administration did not notice, and none of the warders knew who was supposed to be inside the cell.”

According to the newspaper, the prisoner confirmed that as the jailers were searching the cell, Mahmoud Al Arda stood on the opening of the tunnel.

The newspaper said: “According to the official documents of the Prisons Authority Administration, the prisoner Zakaria Al Zubaidi entered Gilboa prison in 2019, but has since moved between cells and different sections 20 times,” adding: “The scant searches in the cells revealed the failure of the prison authority and especially the elite unit responsible for cell raids.”

The prisoner also confirmed that in July, the prisoners also thought they were caught when four members of the unit had entered the cell and one of the wardens pointed at the marble slab on the floor, because there was a crack in the slab, but the department officer said that the slab looks ‘normal’ and gave the matter no attention.