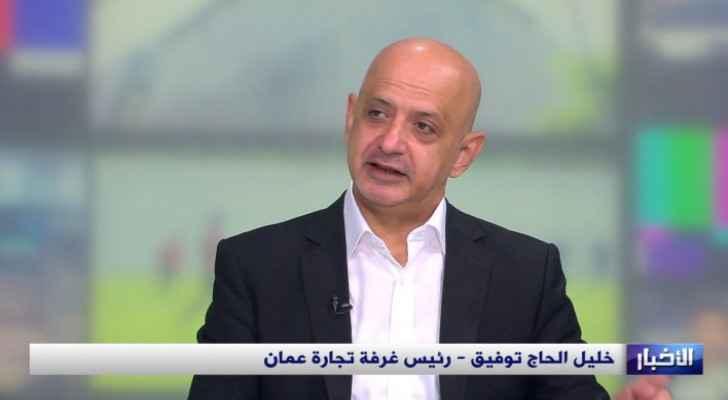 The head of the Amman Chamber of Commerce, Khalil Haj Tawfiq, Friday said that the biggest challenge for merchants is the lack of trust between the citizen and the government, as a result of recent decisions, which he described as unjustified.

He added that the issuance of defense orders is done without consulting the private sector and that the government "has double standards," which has caused a rift in trust between the government and the citizen, in addition to the contradiction and inequality in the application of health and control measures.

He stressed that merchants have evidence of malicious and unjust violations of the private sector, which he said creates a state of congestion among many merchants, saying: "It must end."

Regarding government communication No. 46, Hajj Tawfik said that it was surprising to restaurant owners, and devoid of intelligence.

Al-Hajj Tawfiq suggested that the person who refrains from taking the vaccine be fined, rather than the violation of the owners of the facilities.

With relative optimism, he indicated that the chamber is taking action with ministers and representatives to reconsider the government communication No. 46.