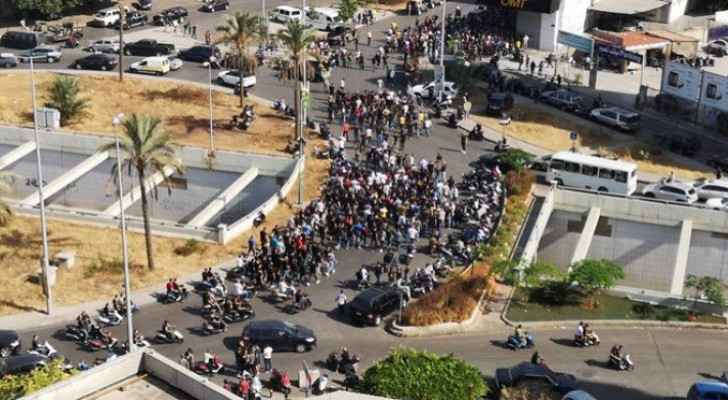 President Michel Aoun contacted Prime Minister Najib Mikati, the Ministers of Defense and Interior, and the Army Commander, and followed up with them on the developments of the situation in light of the events that occurred in the Tayouneh area and its suburbs, in order to address the situation in preparation for the necessary action.

Dozens demonstrated Thursday in front of the Palace of Justice, according to AFP correspondents, amid hearing heavy gunfire in a nearby area.

The ministers of Hezbollah, the most prominent political and military force, and its ally, the Amal movement, lead the position that rejects Bitar's work, accusing him of "discrimination and politicization."

Many fear that pressure will lead to the ouster of Bitar, similar to his predecessor Fadi Sawan, who was removed in February after accusing political officials.

Since Bitar's claim against former Prime Minister Hassan Diab and his request to prosecute deputies, former ministers and security officials, four concerned ministers have submitted complaints before multiple courts demanding that the case be transferred from Bitar, forcing him to suspend the investigation into the case twice so far.

Lebanese PM calls on Kordahi to ....