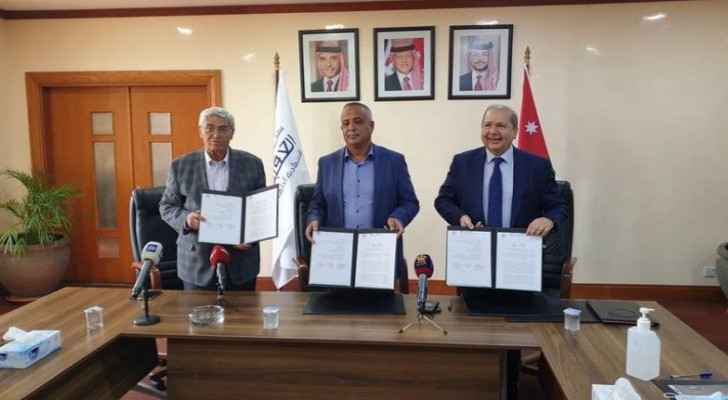 Wednesday, Sayegh Group signed an agreement with the Aqaba Special Economic Zone Authority (ASEZA) to establish a comprehensive medical university owned by the private sector in Aqaba, estimated at a cost of JD 120 million.

Michel Al-Sayegh, the Chairman of the Sayegh Group, said that the journey to direct this project was a long one, and it reached this stage as a result of the efforts made by the Aqaba Authority.

He explained that the Aqaba Medical Sciences Company, which owns the university, has started the legal procedures, and that the bids for the establishment of the university are ready to be tendered and commence its work.

Sayegh noted that the company has prepared a plan for the university to be completed in June 2022, and that students will be able to start enlisting in September of the same year.

Meanwhile, the Chairman of the Board of Commissioners of the Aqaba Special Economic Zone Authority, Nayef Bakheet, said that the Medical University is a project which other projects can invest in.

He added that investors will be tempted to invest and reside in Aqaba because of this project and its counterparts in health and education.

The university's goal is to attract 60 percent of the student capacity from neighboring countries, he added.

Madi noted that the university will provide about 1,000 jobs for the local community.

The university will own a teaching hospital in Aqaba with 200 beds and all medical specialties, he added.

Sayegh stresses on importance of private sector's role in ....

Sayegh stresses on importance of ....