36 percent of Jordanian youth 'optimistic' about their future: survey

36 percent of Jordanian youth 'optimistic' about their future: survey 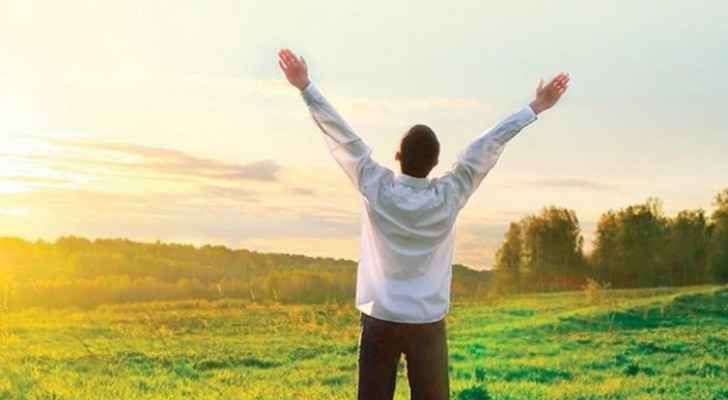 The survey indicated that Jordanian youth’s optimism levels have increased from 28 percent last year to 36 percent this year.

According to the Jordan News Agency, Petra, the results of the survey published by ASDA'A BCW Arab titled “The Future with Renewed Hopes, depicts a high level of optimism among young Arab men and women across the region.

The survey, which is the most comprehensive study focusing on the largest population group in the Middle East and North Africa region, included 3,400 Arab males and females ranging between the ages of 18 and 24, in 50 cities across 17 countries between June 6-30, 2021.

A total of 89 percent of Arab youth expressed their deep concern about the rising cost of living, while eight out of 10 confirmed their concerns about unemployment and the quality of education.

Meanwhile more than a third (37 percent) said they were struggling to make ends meet, and around third (33 percent) indicated that they, or someone they know, have lost their jobs due to the COVID-19 pandemic.

Sixty percent of the participating Arab youth expressed their optimism about the future, which is the highest level of optimism recorded by the survey in five years.

Around 48 percent of the sample said that they would have a better life than their parents, which is the highest percentage in the last three years, and half of the respondents said that their countries' economies are moving in the right direction, and most of them expected a comprehensive economic recovery by 2022.

A total of 33 percent of the respondents said they were thinking or trying to leave their countries. Although that is a large percentage, it remains much lower than the 42 percent recorded in 2020.

Arab youth chose three strategies to increase job opportunities, and their most important priorities were summarized in combating corruption and nepotism, providing more information on available job opportunities, and reforming education systems, and hoping their governments would help them launch their own businesses by facilitating lending.

The poll showed a noticeable shift in opinions regarding gender rights, as 64 percent of the participants in last year's survey said that they enjoy equal rights with men in their countries. This year, the percentage reached about 51 percent.

Women's progress in the workplace has also stalled, with 46 percent of women participating in the survey saying they enjoy equal career opportunities with men, compared to 52 percent last year.

"In a worrying indicator, 44 percent of young women said they believed that men have better career opportunities than they do these days, compared to 35 percent last year," the poll said.

Sunil John, President, MENA, BCW and Founder of ASDA’A BCW, said that the company has expanded the scope of the survey over the years, starting with nine countries surveyed in its first edition in 2008 and ending with 17 countries this year.

He added, "The survey revealed this year some of the repercussions of the pandemic, as well as the efforts necessary to achieve the future aspirations of Arab youth, and highlighted the level of optimism and pragmatism that they possess."